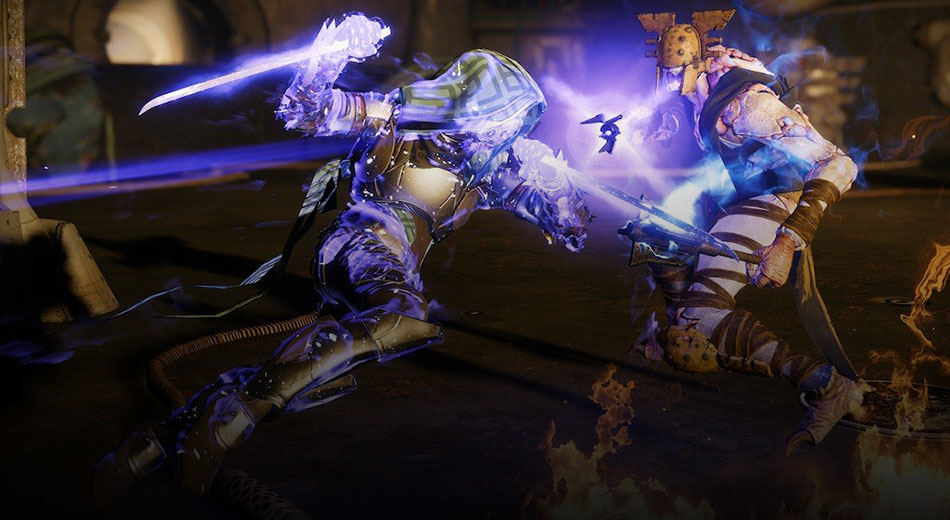 “As you’re all aware, Spectral Blades has been running amok in the Crucible,” the Destiny 2 sandbox team wrote. “The two main issues are the length of the Super, especially combined with Gwisin Vest, and the survivability of the player while it is active.” No other super comes close to being as overpowered as the Spectral Blades.

An upcoming update will reduce Spectral Blades’ damage reduction from 60% to 52% when out of stealth mode, and from 62% to 54.4% while in stealth mode. It’s a wonder it was ever granted such massive damage reduction – the highest of any roaming Super, Bungie said – given its mobility, so it’s nice to see it getting toned down. This change should make the interactions between Spectral Blades and other Supers much fairer, and will hopefully make team-shooting of Spectral Blades user more feasible and possible to stop the super.

The lowest damage reduction of all the supers

“This change reduces Spectral Blades to have the lowest [damage reduction] of all the roaming Supers while stealth is not active and to be in line with the low end while Stealth is active,” Bungie explained. “With stealth, vision through walls, and fast, shifty movement, this Super ability actually has a lot of built-in survivability. This means a lower [damage reduction] will demand better planning and positioning to survive for multiple kills, which lines up well with the fantasy of the path.”

Hunter Spectral Blades duration is getting a nerf too

Additionally, the base duration of Spectral Blades is getting nerfed from 17.5 seconds to 14.5 seconds. The in-stealth duration, meanwhile, will be decreased from 26.6 seconds to 23.5 seconds. Finally, to further temper the Super’s duration and reign in its spammable attacks, the cost of Spectral Blades’ light melee attack is being increased by 50%. Bungie said that while this increase “may seem like a lot on paper, previously it was almost nothing.”

“Now you need to think just a little bit before spamming away. We didn’t want to make it cost too much, as it’s the only way to chase people down, but it did need to have at least a small visible cost to make it more of a choice.”

Gwisin Vest is being looked at by Bungie for changes

As for Gwisin Vest, an Exotic chest piece which can greatly extend the length of Spectral Blades when used properly, Bungie says it’s “looking at Gwisin Vest now and playing with some changes. We also want to see how these initial changes go. If we decide to change Gwisin, you will see it in Season 7.”

Spectral Blades nerf is on it way but no date set

Spectral Blades is strong for many reasons – ahem, invisibility and wall hacks – but its most obnoxious traits are its excessive armor and absurd duration. Shotguns and snipers don’t phase it, most roaming Supers can’t beat it in a fair fight, and it’s definitely the worst offender when it comes to Super spawn killing. If all goes well, these changes will even out those outliers without killing the Super outright, like what previously happened with Warlock’s Nova Warp (which has since been rebuffed). Bungie didn’t say when exactly these changes will arrive, but let’s hope it’s sooner rather than later.