Shadowkeep Vs Forsaken What is the difference? There are discussions of the differences between Forsaken and Shadowkeep taking place in the Destiny 2 community. Speculation about the size, the impact, locational altercations, and differences in character changes are just the lime lights right now. The story between the two is different and its impact on the entirety of Destiny 2 follow in correlation. Shadowkeep and Forsaken have been in close conversation because of their similarities though. This leaves me feeling like a clear-cut explanation of each’s unique effect on the gameplay is called for.

Shadowkeep Vs Forsaken In the beginning there was only one…

Forsaken was indeed the first of colossal expansions available for Destiny 2. It almost felt like a redo of the original Destiny, while including components that gamers had been asking for. The elements this expansion brought to the table included new player subclasses, storyline extensions, enemy alterations, land differences, and new loots, raids, and small character bonuses.

This expansion was announced to resemble the Destiny 1 expansion titled The Taken King. Does this mean that Shadowkeep can be followed back to even this expansion? No, not really but in terms of size, yes. Forsaken and The Taken King resemble each other in content improvements, as the idea behind Forsaken was to bring the favored pieces of Destiny 1 to the players of Destiny 2, while also meeting the demands of growing player count.

This can be hard to do, but Bungie pulled the job off. The only downfall to it all was that to rework such a complex game to those standards meant a large download. This was taken for what it was though, and the expansion received positive reviews from Destiny advocates even to this day. In fact, I believe it was the basis for expectations with Shadowkeep. Giving players a standard as for what to expect when compromising with the large download file. 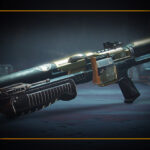 What does Shadowkeep have to offer?

Shadowkeep is due to release October 1st for Xbox One, PC (steam), and the PS4 and soon after Google Stadia. The new and coming expansion is getting a lot of talk right now because it is expected to contain a lot of updated content, along with entirely new treasures and character options, game play experiences, locational structure, and so on. It’s supposed to be one of the most exciting releases thus far of Bungie since its separation from Activision, and I am starting to believe so as the time approaches and more sneak peaks are let loose to the public.

This expansion obviously has a lot going on, so where do we start? Well as for gameplay, there will be improvements along the lines of what players have been discussing on sites such as reddit and wiki for Destiny 2. New attacks like the Finishing Move that’s to be laid out during game play are exciting to think about. Character appearance is receiving a total makeover with new add-ons, armor upgrades, and selection increases, allowing for a real feel of ultimate customization. There is to be a new story line revolving around Eris Morn and the moon, something remaining unique to Shadowkeep. The map is about 3x larger than the original in Destiny 2, which helps explain some of the extreme data expectations that we are positive are to come with this expansion.

Shadowkeep is going to be one of the largest releases, as far as importance but also size, for Bungie’s franchise of Destiny 2. If you are devoted to the game like so many players are, don’t feel overwhelmed by the download. The plunge is worth taking, the benefits worth reaping. This expansion is hefty but there will be so much to explore, the worries will roll off your back as you find yourself getting lost in this story line. There is a lot of optimism in the gaming conversation about the changes to come in October, and of this optimism there is the comparison to some other related releases from Bungie of the past.

This leaves us players with questions like “Will Shadowkeep be the better Forsaken?”. Is that fair to hold such comparative standards, or can Shadowkeep be in its own way just as crucial to the improved gaming experience but remaining of its own in expectations?

Not twins, but maybe cousins?

If I could compare the two expansions- Shadowkeep Vs Forsaken for Destiny 2- in any way, I would be forced to think as if they were more like cousins rather than siblings. Forsaken was of the first major releases for Destiny 2, and really was a huge factor in leveling out the gaming expectations. Players had a lot of wants for the gameplay, characters, mapping, leveling, and so on. These requested improvements were matched with comfortable returns from the original Destiny content. The clash of old and new was very exciting to see, and left players in shock with the creativity that Bungie was exerting.

Now, with the stakes so different for the company, it can be a bit nerve racking to trust the outcome. Having the stage set the way it is from such a refreshing release of Forsaken, what can be assumed to be similar of Shadowkeep? Well for starters, this expansion also resembles content from Destiny 1, just as Forsaken did. You don’t have to have other expansions to play Shadowkeep though. It can be a go- to for new players and will be appealing in price to this market too. Forsaken was similar in this way but did have more requirements of purchase during game play. This meant other expansions were needed for certain raids, quests, and perks. It is uncertain if Shadowkeep will have seasonal requirements or if they will be optional.

Both expansions have moon related content that is a heavy part of the extended story line. The moon is a favorite of many players, and I feel was chosen both times for the sake of fan appeal. This is good though, especially with Bungie jumping into this venture on their own. It was smart of them to take from Forsaken in some ways, using what they can rely on is favored and enjoyed. It Is definitely a securing tactic.

Some drama going on with Shadowkeep that Forsaken can’t relate to is the Steam switch over that launches the same time as the new expansion. This is going to affect the players coming into the game as there will be a free version known as New Light that will include the foundational modes and activities. This is a bit controversial though because we are not aware yet if this means that in all reality Forsaken will be available on New Light. If that ends up the case, then does that mean Shadowkeep will be the ultimate standard as it is the expansion that has a costly annual pass? This would make it seem more similar to Destiny 1’s Rise of Iron than to Forsaken though.

A potential shift in expense.

It is up in the air in conversation, but there is the leak of potentially a new expense flow for the Shadowkeep release. If this is the case, there will be add-on expansions available seasonally, outside of the annual pass fee. Does this mean there is not an annual pass, but a one-time payment with these seasonal options following? I don’t really know, but from my readings I feel there will be just one large payment with then expansions from there available month to month.

This really differs from Forsaken being potentially the free package for PC players. If that ends up the case though, I am somewhat for it. Realistically there isn’t a better way to introduce gamers to Destiny 2, as the game itself has struggled to keep players challenged. Forsaken being such a favored expansion, it will help highlight some of the strengths of both Destiny 2 and components from Destiny 1. The downfall though is Bungie is going to miss out on some profits as players who have been dissatisfied with the design and expectations in skill level may just opt for the free version to get their fix, jumping out of the franchised story lines because why pay for it if you don’t need to. Guardians feel maxed out on their challenges, so there are some high stakes for Shadowkeep.

It is really up in the air what either of these expansions price scheme will end up looking like come October, but we will see as it is just around the corner. I am prepared to pay for Shadowkeep either route it takes for the annual expectations, but fingers crossed it cuts them to something more reasonable. With Bungies struggle to keep players attention with their updates and overall game quality in the ever-flourishing industry, it is really unknowing what to expect from the quality of decision making in the direction of what players are asking for. I have been satisfied but I will agree that they have went amidst a few times with radical odds and ends.

Either way, let’s do this!

Shadowkeep is only weeks from being available, and with all this concern about relations to Forsaken I’ve wanted to jump in and really get versed in what is of Forsaken. Don’t let the comparison be your primary angle upon playing, please. Take the game in as its own experience and once you’ve zoned out, start to reminisce on the evenings with Forsaken, asking yourself “where would you rather be”? Destiny 2 has about one more year of headline releases, with Shadowkeep paving the way. There is discussion here and there about a third Destiny coming into the picture, but for right now let’s focus on the expansions just beginning to unravel.