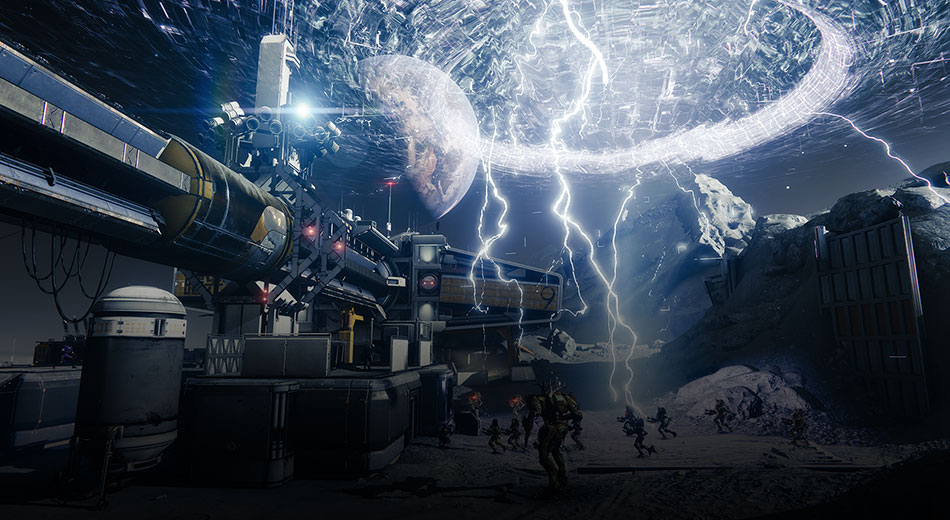 Season of the Undying

What is the Vex Offensive?

Shadowkeep Vex Offensive found in Destiny2 Shadowkeep. The Vex Offensive is a six-player expedition that is unlock able for anyone who is involved with Destiny 2 and its most recent Season of the Undying. After October 5th, the raid for the Vex Offensive will have been available. You must have completed the Eyes On The Moon quest to have access to this offense, though.

If you are struggling to find this quest, know you’re not alone. What you are looking for is found at the Tower, located with Ikora Rey. She will give you the Eyes On The Moon quest, and it is with this that you will increment to the unlocking of the Offensive.

Eyes on the Moon

The Shadowkeep Vex Offensive is a quest step of the elongated Vex Invasion. The Eyes on The Moon quest that unlocks the Vex Offensive begins with picking up the quest step from Ikora. From there, you will start your journey back on the Moon. Keep your eyes peeled for lightning storms in the far reached sky.

That is your compass, guide, what have you. There are three potential locations for the storm. This is not an easy task, with their frequency being at random too. Your strategy skills are being implemented here.

Once you make it to the stormed region, you will begin to face the hoard of Vex that is going to arrive. The challenge you have received from Ikora requires you to kill at least 100, so get your firearm ready.

Realistically this should be easy. Part of this invasion includes a secondary target, the Gate Lord, which is not as easy. The Gate Lord seems to be the more challenging opponent, but if you can defeat him, the wave of Vex will cease.

Upon defeating this storm of Vex, there will be another two. Follow the same procedure and head to the storm you see in the distance. Once you’ve completed three of these waves along with the boss at the end, you are going to return to not Ikora, but Eris Morn. It is there that you will receive the Vex Offensive.

The Black Garden is the setting stage for this playthrough. You are fighting off the Vex from their origin spot, meaning the challenge is truly there. The Vex are all tangled into the mesh of foliage from the garden, spotting a new feel entirely- matching the eerie vibe of the Shadowkeep experience. It is recommended to be resting at 750 in Power. Most try for higher, but 750 will get you in the door.

This playing mode involves fighting groups of Vex throughout the terrain in the Black Garden. It’s pretty straight forward, with just a few Overload protections within the hordes of Vex. You complete the Offensive after fighting the Crotheon Gatekeeper. He’s probably the hardest of it all, but with a little preparation and a lot of excellent communication, you’ll have the cat in the bag.

There is a lot of worthwhile gear dropped throughout the Offensive. Vex-inspired guns and armor, which for some collections is such a prize. With the equipment that drops, you can increase your Power level as well. Don’t pass up these upgrades; make sure to scrape up what you can from this playthrough.

There is also weekly progress that is monitored in the bar. Once you fill this, Powerful Gear (Tier 2) will be unlocked. The Powerful Gear is what you want, but it’s going to take some time

Ikora Rey can give you an assortment of Vex Offensive bounties. These are easy to complete with the right weapons. You want to play these bounties for the Vex Mind Components and XP that is awarded throughout.

Use this loot if you would like to purchase more Vex weapons and armor. Between the drops and the bounties rewards, your Vex collection should be about topped off.

The Vex Overlord is summoned at random, so don’t get your hopes up for a solution to the problem here. There is no scapegoat for this one. Right now, the best guess for running into this opponent is to play the Offensive as often as you can.

There are some clues to follow to ensure you are aware of when the Overlord has appeared. When you defeat the third Gate Lord, there will be the notice of the Vex leaving. The final chest won’t spawn if the Overlord is present. It will just notify you that the Overload has put out an attack on the Guardians. At this point, embrace yourself.

There is a giant Hydra to take out, and it is not an easy task. If you can overcome this enemy, you’re not only that much closer to taking out the Overlord, but you are also going to receive a Powerful item. This can happen twice a week for each character. For a significant success, the goal would be to defeat the Vex Overlord in all of the three sectors throughout the Moon.

A reliable solution to weapon confusion is going to be equipping yourself with guns that have a higher firing rate. This is the best strategy, with the waves being as intense as they are. The larger the magazine, the better. Assault Rifles, Submachine Guns, Sidearms; all are classes with potential choices for this endeavor.

If you’re looking to pack a punch with your damage type, stick with Void energy. This will work best as most of the defensive measures from the Vex are with Void-based shielding. Another tip for this playthrough is to focus on the Hobgoblins over other Vex opponents.

These sniper rifle-wielding enemies are going to spawn in higher places. Don’t let them get to your firing team. The minute you notice their bullets whipping through the air, get your targets aligned. Defeat this enemy as fast as you can.

Some general advice would be to stay on high grounds, not just because of the sniper rifling enemies, but to allow yourself to have domain over the battlefield.

From these heights, you can overpower hoards much more quickly. As Crotheon enters the playing field, make sure to avoid any ledges, though. He has a stomp attack that will send you flying over the edge if you’re not careful.

Don’t let the requirements for this challenge scare you away. This playthrough is meant to test your strategic side. The defending of the Moon is crucial to this storyline, so you only avoid it for so long. The Vex are challenging foes, but with these tricks, up your sleeve, you stand a fighting chance.

Remember, brace yourself for the Overlord, and prepare for the Hobgoblins. These enemies are powerful and practical at the same time. Nothing you haven’t seen before.

If you feel a little weary to this portion of the Shadowkeep expansion, even after versing yourself in the playthrough, check out what we have to offer as for account boosts.

If there is anything Destiny Carries LFG can do to better your progress, it would be there. Bottom line, stay alert and agile, grab the gear as it drops, and don’t look back. The Vex Offensive will be a real test of vitality; the Moon is counting on you.