Shadowkeep on the Horizon 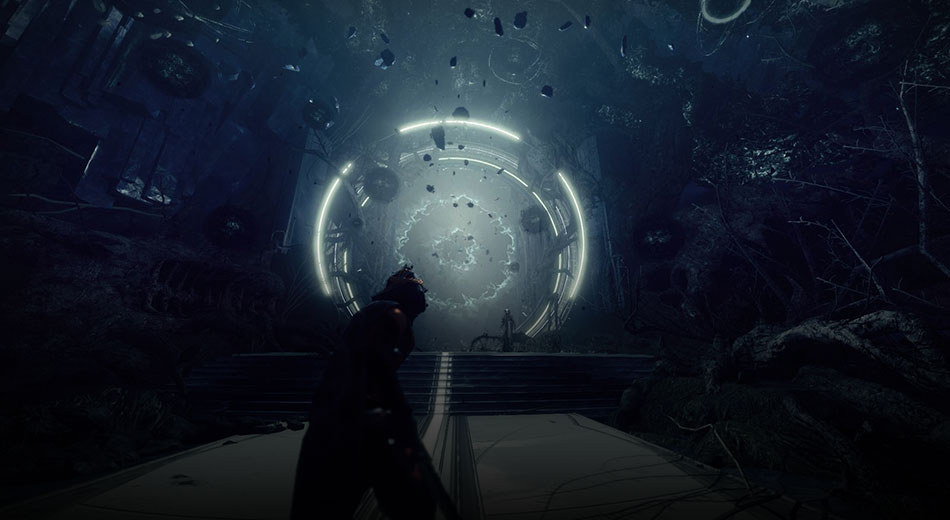 Shadowkeep on the Horizon – finally its 6am.

Shadowkeep On The Horizon We have “New Light”!

Okay, okay, enough with the lame Destiny 2 metaphors. With so many finding outs from releases thus far, the careful eye really could counterpart the unfamiliar. There is a lot in the shadows about Shadowkeep. This being right in-sync with any other expansion for Destiny 2 ever, throws at players a large range of new and improved content to explore. Exotic weapons and armor to finagle with, these paired with the running range of Artifacts, the new Finishing Moves, character updates – well you see, there is so much to assess so far in reveals! Let’s take this slow and start with the expected. 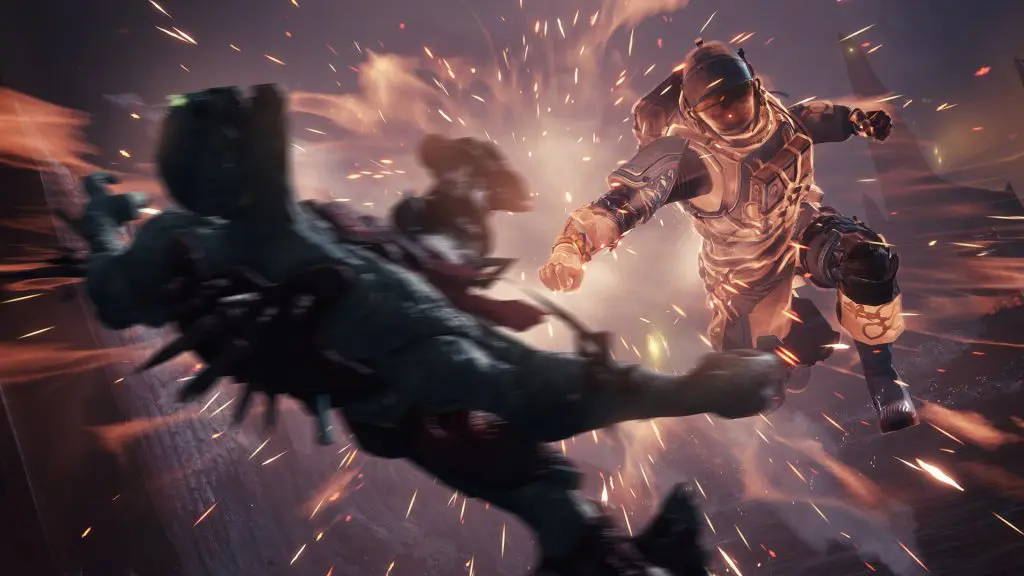 Hidden Inside the Revealof Gamescom Showcase

Shadowkeep on the Horizon Under no mercy did Bungie feel the need to code the superficial layer of their cinematic reveal. They were eager to let players eyeball through replay at the different weapons and armor characters were in play with, assessing the places characters such as the Vex were spotlighted in, and even throwing some Artifacts that have been noted and others that have not. I’m going to do my best to help update you on what’s been said and seen so far for Shadowkeep, as it’s finally breaking into dawn for all Guardians practicing patience. 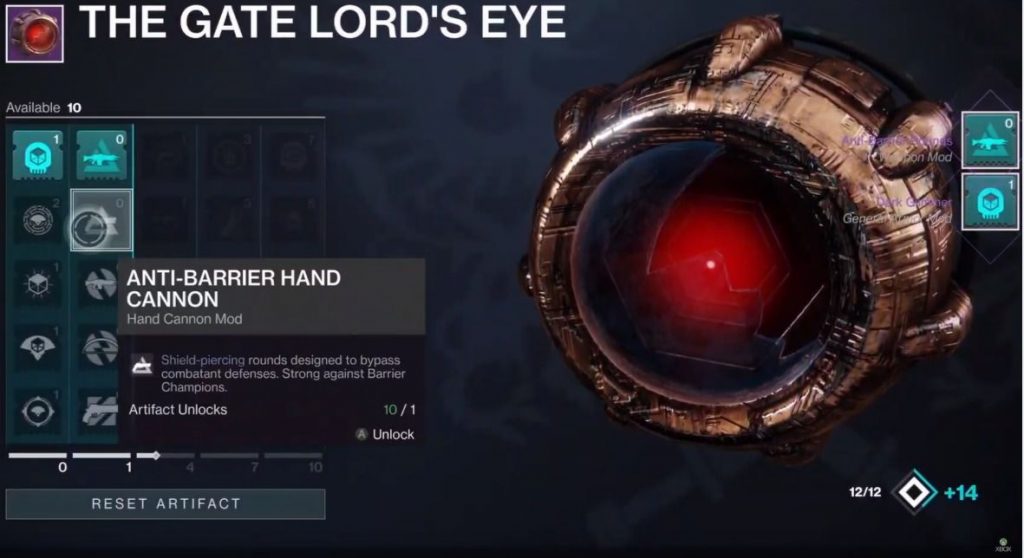 Importantly so, the Exotic weapons and armor are talked about often in forums and with reveals from creditors of sorts. This is because there is a shift in dynamic directly due to the opportunities in Exotic pieces alone. Guardians gameplay can be expected to feel altered fiercely as entire suits and power structures are reworked to form fit to this new format. There will be earnings left and right from the new range of Exotic weapons and armor add-ons. The trailer released at Gamescom helped give us a true look at some pieces to expect.

The Assassin’s Cowl Hunter Helmet is a fun place to start, as this one produces what is called “Vanishing Execution”. Players will receive restored health and shields along with invisibility if there is a defeat to another Guardian through melee attack. Combatant with a Finisher grant will also do the job. The Assassin Cowl Hunter Helmet will be a more popular drop, so expectancy of higher rates with invisibility during raids and so forth is afoot. Nothing wrong with that though, as it is a favored bonus. It only makes sense that players wanted to see more opportunity to exercise this tactic. To note that Bungie was successful in their focus.

The Exotic auto rifle Monte Carlo is another surprise to see, if you’re paying attention anyways. It is to be recognized that the Icon of this weapon is Vex rather than Shadowkeep. If that is to be the case, then this will be more than likely found in the Season of the Undying rather than the Shadowkeep expansion. Either way though, this is exciting to look forward to, as both are arriving to Destiny 2 October 1st, riding the same sunrise.

Phoenix Cradle Titan legs is another toy in Shadowkeep. You will receive Beacons of Empowerment with this add-on, allowing your Sun Warrior benefit to last double the time once a sunspot is created. Best thing yet about this; allies alike who are to cross paths with your Sunspot will also gain the benefits of the Sun Warrior. While this is in use, there is a team growth taking place. The strength of numbers in raids of all sorts is essential to Destiny 2, and this shows that Bungie is trying meet the demands of the players hoping for more purpose behind the unity that is engrained into this system of gameplay.

Modes, Mods, and the Moon

Shadowkeep on the Horizon the new difficulty layout was a flamboyant part of Bungies recent releases. Players can choose from difficulties labeled Adept, Hero, or Legend. These also come with power recommendations of 860, 920, and 950, which are new. The rewards at each of these levels also vary in correlation. In Adept or Hero you are opted the option of matchmaking, and this opens way for new modifiers as well. The gameplay is revolving around new bonus content helping elaborate the story line by producing intensified Guardians to leave on the prowl.

In the most difficult of levels, Legend, there is a much more diverse selection of modifiers. Though this is the case, there is no matchmaking. You must become savvier in your socializing, seeking players and groups to match with on your own. That’s the idea behind this level though, pushing the Guardian to really work against the grain and still come out on top. Another hurdle included in the Legend difficulty is the perk loadout locking upon the entering of an activity. This prevents players for changing their weapons or armor, leaving them dependent on their gut instinct in the beginning. Once the activity is completed though, a switch in selection is possible.

There are clips available online of the new Artifacts, and even of the gear slots functionality. The bonus power discussed by Luke Smith, the Destiny franchise director, is assumed to be related to these trinkets. The Artifacts are important to the new gameplay for a few different reasons, but I am thinking they will be a key component to utilization of the new currency. This currency can help buy powerful mods that will boost weapons and armor, so really running full circle on correlation.

There are quite a few found mods even just so far, being barely bright enough to imagine what’s ahead. The mods in conversation and captured for our awe sake are all pretty, shiny, artillery and everything that ties onto it. The Anti-Barrier Rounds for example are for made for the Auto Rifles and SMG’s- easily found weaponry. They will attach and create shield piercing rounds that are tactical enough to surpass combatant defense attempts. There is also the Anti-Barrier Hand Cannon, which is the same thing but for Hand Cannons.

Some other mods to be looking for when hitting the run on this new expansion are the Heavy Finisher’s (7 energy), the Oppressive Darkness (6 energy), Thunder Coil’s (6 energy), Arc Batteries (5 energies), and Overload Rounds for SMG’s and Auto rifles. What all these mods have in common are that they will alter the dynamic of player to player combat as Shadowkeep builds its foundation as the new primary in Destiny 2.

Shadowkeep on the Horizon the moon is an eerie highlight of this new expansion. Luckily Reddit members put together a map of the moon, which gives us a visual of places known and new, together. Previous locations such as Hellmouth or Anchor of Light are found with new locations such as Sorrow’s Harbor. The moon is to be residence of Eris Morn, as thus dragging Guardians to this new layout in hopes of getting the upper hand on the Vex. Which brings us to the final reveal bullet point- character changes! 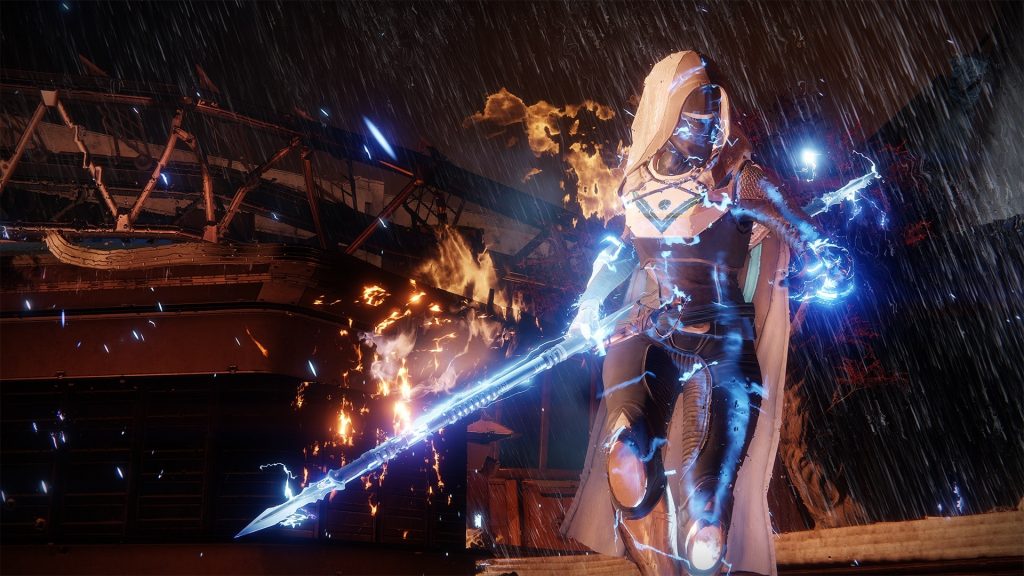 Shadowkeep On The Horizon Who to Expect?

Guardians migrating into Shadowkeep are going to get the rug pulled out from under them as they analyze themselves in this new light (not meant to be a pun this time). With mods and armor alike changing and shifting, the character customization is in the works. On top of these direct changes to what we Guardians know as our avatars, some new faces and foes will be jumping into the plot as well.

Entering the scene in Shadowkeep are the intimidating Vex, and with a predisposition of vengeance riding along with them. They are really a scary sight to uphold. A hoard of time traveling robots with a hive instinct, leaving their stature in numbers quite powerful. They are filled with this special “Vex Milk” that functions as basically a liquid brain. Essentially this is a Radiolarian fluid that allows the creatures to “think” together. A sort of brine if you would that contains microorganisms called Radiolaria. These thought out components of the characters are really interesting if you ask me. The way they form neural cognition nets between one another, bringing the hive mentality into picture. After seeing them in action during the trailer, there is a lot of curiosity surrounding their persona in the actual gameplay.

Eris Morn is a familiar face with a lot more baggage aboard then the last time we saw her. I like the feel she brings to the story line, seeming as nostalgic as Destiny 1 in a nutshell. This component is similar to the take in Forsaken, but its smart of Bungie to follow in suit to previous successes. Her character is heightened for being pretentious but still naïve in awareness, nothing unexpected though. Originating from The Dark Below (2014), she herself is rising from some negative repour and is entering the stage of Destiny 2 with eyes on redemption. Bungie has the opportunity all around to set the bar with this expansion, but for her sake it could really help with her favoritism in the Guardian community. 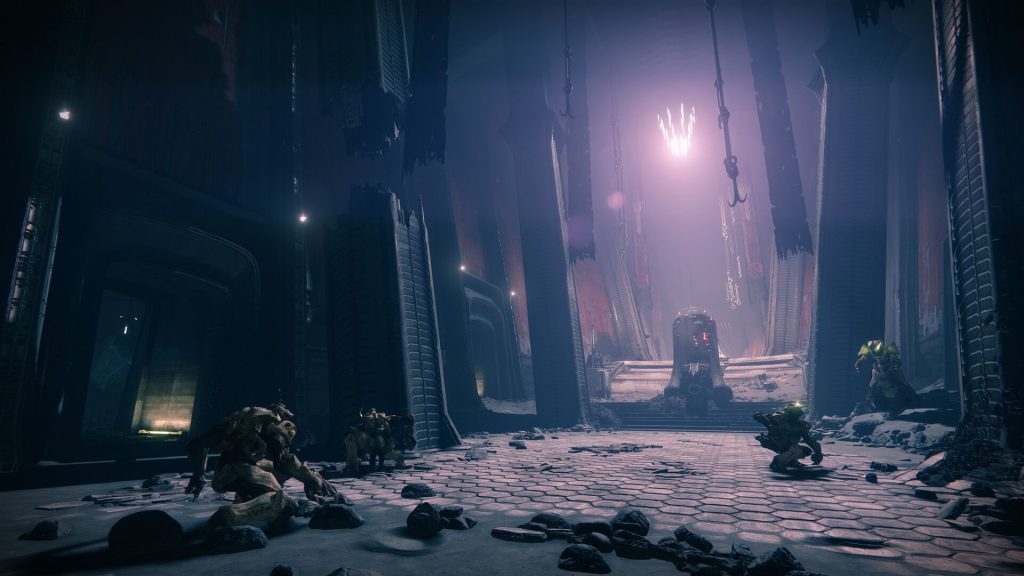 Back to That Shadowkeep On The Horizon

Shadowkeep on the Horizon Destiny 2 has a lot in store with the shift for Shadowkeep and its getting closer and closer to a reality as the days pass. The mods and Artifacts are just small pieces to the big picture of what is to come with this new realm to explore. The map is changing, the moon is growing, character are changing. Destiny 2 is on an up rise and will present itself as the face for Bungie for the next few years as they prepare for Season 8 to come and go, and Destiny 3 to begin knocking on the doors through fan demands. It can be hard to keep up with a player base as the one Destiny 1 and 2 have conjured up. You have to give it to Bungie and Luke Smith alone for the amount of effort it takes to make this world as mesmerizing as it is. As we wait patiently for Shadowkeep, New Light, and Season 8; just looking into the horizon at what we know so far and begin to let your imagination get the best of you.