Destiny 2 Shadowkeep – What we know so far 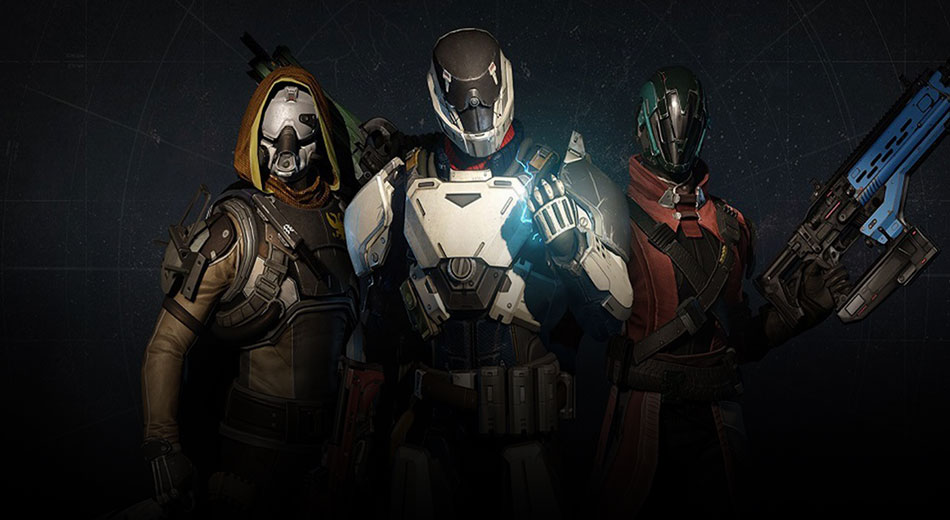 Shadowkeep Destiny 2 is Bungie’s first expansion as an independent studio. It will take players back to the Moon, and reintroduce some depth back into player’s builds. Bungie won’t release Shadowkeep until Sept. 17, a three months from now, but we already know quite a bit about the expansion.

Here’s everything known so far.

The biggest addition to Destiny 2 in Shadowkeep is the Earth’s Moon is back again. The Moon was a prominent location in Destiny 1, and was home to the game’s second raid: Crota’s End.

Unlike when Guardians returned to Mars at a new location last year with Warmind, Shadowkeep will take players back to the Moon they known from Destiny 1. Players can explore the same areas, although Bungie says the landscape has evolved thanks to Hive meddling.

In the Shadowkeep reveal stream, Bungie developers claimed the Destiny 2 version of the moon is twice the size of the original. The Destiny 2 press kit images show some key locations from the Destiny 1 Moon like the Shrine of Oryx (pictured above).

The last time players went to the Moon, it spawned the series’ most famous meme: that wizard came from the moon. We have no doubt Bungie will throw a nod to the famous line into Shadowkeep, just like they did after the original Destiny’s Ghost revamp with Nolan North.

The story for Shadowkeep seems to center around a mysterious force waking up on the Moon. Eris Morn the Hunter who helped players defeat Crota and Oryx in Destiny 1 seems to be at fault.

Whatever this new force is likely a precursor to the Darkness enemies it’s resurrecting old foes from Destiny 1 and Destiny 2.

The Shadowkeep reveal trailer features narration from Eris, and teases shadow versions of Crota, Dominus Ghaul, Omnigul, Skolas, Phogoth, and either Zydron or Atheon. Here’s a brief refresher on who those enemies are and when players killed them:

Son of Oryx, the Taken King, Crota was the second raid boss in Destiny 1. Players fought him on the Moon, and he’s the most featured resurrected bad guy in the Shadowkeep trailers. Players killed him in the Crota’s End raid.

The final boss of Destiny 2, Ghaul stole Guardian’s light and tried to get the Traveler to choose him to be a Guardian instead. He inadvertently woke the Traveler up from its long sleep. Players killed him at the end of Destiny 2’s Red War campaign.

The Kell of Kells, Skolas tried to unite the Fallen under one roof. He was the primary antagonist in the House of Wolves expansion from Destiny 1. Players killed him in the Skolas’ Revenge challenge in the Prison of Elders.

Chained-up Ogre that players fought deep in the Hellmouth of the Moon in the original Destiny. Players freed and killed him in The Summoning Pits Strike.

The Vex Gate Lord that Mara Sov sends players to kill in Destiny 1. Guardians kill it in the “Eye of a Gate Lord” mission. Zydron’s eye — or one like it — is the Artifact for players in Destiny 2: Shadowkeep. This suggests that the Vex in the trailer is probably Zydron and not Atheon.

It’s unclear how or why any of these bosses are back, or if they’ll drop any of their signature loot when they die. In the “Out of the Shadows” ViDoc, players can see Guardians fighting Crota and Skolas.

The final mission of Destiny’s campaign took place in another world called the Black Garden. The Black Garden is a Vex world, and doesn’t play by the normal rules of space and time.

It’s unclear what Guardians will be doing in the Black Garden, but it seems likely that the Taken Vex Mind Quria may be the final boss. Quira currently works for Oryx’s sister, Savathun, and would tie nicely into the Hive theme for the rest of Shadowkeep. Quira is also responsible for the three week time loop in the Dreaming City.

The Shattered Throne is the first Destiny activity Bungie has ever called a dungeon. It’s a three-player miniature raid. The Shattered Throne has three different encounters — one puzzle arena and two bosses — some hidden secrets, and platforming challenges.

In the product page for Shadowkeep, Bungie promises another dungeon in the expansion. We currently know nothing about the dungeon in Shadowkeep. Some players think it could take place in the Scarlet Fortress seen in the marketing material for Shadowkeep. But we know almost nothing about the Scarlet Fortress at this time, so the dungeon speculation is based almost entirely on it being mysterious.

The studio previewed three work-in-progress Exotics in the “Out of the Shadows” ViDoc.

Bungie showed the game’s first heavy bow. It takes Power ammo and seems to come with a giant knock-back effect.

There is also a Vex-themed Exotic trace rifle. This gun creates a large critical spot anywhere on the enemy for allies to shoot.

The third Exotic is a hand cannon that uses Special ammo instead of Energy or Kinetic. It has a scope on it — Bungie called it a handheld sniper rifle. The developers also mentioned that it may light players on fire if they use it too much, but that it’s still in development.

The first returning Exotic players can see in the trailer is Monte Carlo. Monte Carlo is a fan-favorite auto rifle from Destiny 1. It came with a perk called the Monte Carlo Method, which decreased the cooldown of melee abilities when dealing damage. Each kill with Monte Carlo had a chance to instantly restore the melee ability. This weapon is very clearly shown in the ViDoc.

The second returning Exotic is the Khvostov 7G-0X. The Khvostov is the first weapon Guardians ever pick up in the original Destiny. In Destiny: Rise of Iron, players could rebuild it as an Exotic. It didn’t have any Exotic perks, but it was customizable. Players could tweak the scope, firing mode (auto, semi, burst), stat modifiers, and the rate of fire.

There are a few seconds from the ViDoc that look like Khvostov, but we aren’t positive it’s back. But with the first Cosmodrome mission coming back for New Light this fall, the return of Khvostov seems likely.

Bungie also showed off the distinct hilt of the No Time to Explain rifle. Guardians received a legendary version of this gun called the Stranger’s Rifle for beating the Destiny 1 campaign, and it came back as an Exotic in The Taken King. Its Exotic perk was Headseeker, and body shots would increase precision damage for a short amount of time. Precision hits would also return to the magazine instantly.

It’s likely that Bungie hid more new Exotics in the ViDoc that players will discover later.

Bungie’s focus for Destiny moving forward is depth. What the studio is calling Armor 2.0 should bring new player builds into Destiny 2 with Shadowkeep. Players will customize their armor with meaningful perks, instead of having to choose between quality and aesthetics.

The images that Bungie used in the trailer show a kind of energy system. It looks like players can slot different perks into their armor. But each perk costs a certain amount of energy.

The Noble Constant Type 2 helmet shown above has a capacity of eight energy. One mod is already slotted into the helmet, and it looks to be taking five energy, leaving the piece with three energy left. It’s unclear if players can upgrade the energy capacity on armor pieces.

Armor from Year 1 got left behind when the random roll and mod functions came to Destiny 2 in Forsaken. But the Out of the Shadows ViDoc shows Guardians in several Year 1 armor sets, like the Escalation Protocol set from Warmind. It appears the armor 2.0 update is for some older pieces of armor in Destiny 2, not just armor released in Shadowkeep and beyond. It’s currently unclear if all Destiny 2 armor is 2.0 compatible, or if Bungie will choose select sets to bring back in Year 3.

The Noble Constant Type 2 armor also has Discipline, Intellect, and Strength stats on it. These are old Destiny 1 stats that reduced the cooldowns of grenades, Supers, and melee abilities respectively. Players can see these stats in other images of the character sheet.

In the Out of the Shadows ViDoc, Bungie promised a renewed focus on PvP with Destiny 2: Shadowkeep. The studio showed off gameplay of the old Elimination game mode, as well as fan-favorite Destiny 1 maps like Widows Court.

It’s unclear how exactly they plan to change the Crucible — the series name for competitive multiplayer — in Destiny 2: Shadowkeep, but the studio said it’s looking to shake up playlists and surprise players.

During the reveal stream for Destiny 2: Shadowkeep, Bungie wouldn’t definitively answer any question about the return of the hyper-competitive Trials of the Nine or Trials of Osiris modes. Creative Director Luke Smith said Bungie wants to rebuild PvP before it commits to the return of any Trials-like activity.

Artifacts are returning to Destiny 2 after Bungie introduced them in The Taken King and left them behind at the end of the original Destiny. This time, the feature is completely different.

Each season, players will get a new Artifact to upgrade — with the benefits only lasting until the end of the season. In the ViDoc, Bungie shows a tier list of perks that lead to a final tree that players can choose from. According to the developers, the final perks are almost Exotic in their quality. It’s unclear how players will upgrade the Artifacts or what kinds of perks they’ll offer.

The Artifact for Shadowkeep and the Season of the Undying is the Eye of the Gate Lord. It’s likely the same eye players took from Zydron in Destiny 1.

One of the more mysterious systems coming in Shadowkeep are Finishing Moves. These are fancy attacks Guardians can pull off when an enemy is near death. Players enter a canned animation such as a Hunter spinning through the air with knives or a Titan Superman punching an enemy.

Bungie added a system like this to Halo: Reach. Players could hold the melee button behind an enemy and assassinate them through a lengthy animation. 343 Industries continued the feature in Halo 4 and Halo 5: Guardians.

Bungie didn’t go into detail on how these will work or how players can earn them. It’s likely players can purchase new animations through Destiny 2’s in-game cosmetic store, the Eververse.

For a complete thread on everything in the “Out of the Shadows” ViDoc, check out Relentless-Hunter’s post on the Destiny subreddit.

Bungie will be revealing more information about Shadowkeep and its features later this summer, in advance of its Sept. 17 release. We’ll update this post with any major additions.