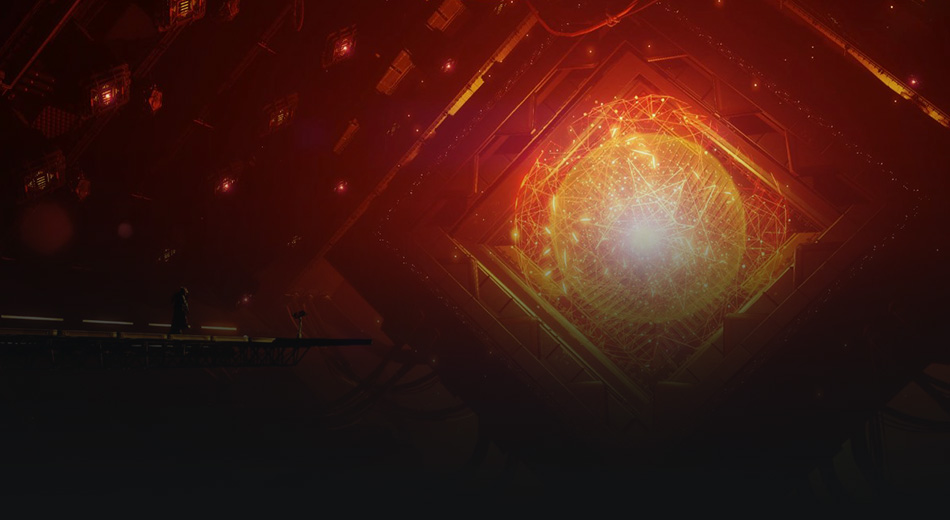 Whether you are brand new to the world of Destiny or a returning Guarding, getting to know the Warmind Khanjali and the best Destiny 2 artifact mods and armor mods in The Season of the Worthy are both essential for reaching the coveted Light Level 1000.

Read on for our complete guide on the best Destiny 2 artifact mods.

Destiny 2: The Season of Worthy

The Season of the Worthy is the 10th seasonal update for the free-to-play Massively Multiplayer Online First Person Shooter, Destiny 2.

With each new season in Destiny 2, the Last City faces a new threat and the Guardians (the players) must take measures to stop it. In this season, the Cabal are using their defunct warship, The Almighty, as a weapon.

Hoping to crash the ship into the Last City and destroy what remains of humanity, the Guardians must work with the Defensive Artificial Intelligence, Rasputin, to deploy some long-dormant defensive measures, destroy The Almighty, and save The Last City.

How Do You Unlock the Seasonal Destiny 2 Artifact?

To unlock the seasonal Destiny 2 artifact for The Season of the Worthy, you must first complete the quest “Into the Mindlab” and begin a new quest where you work with Ana Bray and Commander Zavala in order to activate the new Seraph Bunkers and save the Last City.

To begin this process, speak to Commander Zavala in the Tower and he will give you the short quest “Raising Our Defenses.” In this quest, you need to collect 20 orbs of light from other players while generating 8 yourself. You can do this easily by joining a public event and using your super as much as possible.

Next, return to the Braytech Futurescape on Mars and speak to Rasputin to begin the “Into the Mindlab” quest. Rasputin will inform you of dormant bunkers he has placed all over the system and that they need to be reactivated. He will give you the seasonal Destiny 2 artifact Warmind Khanjali, which will allow you to continue on your missions ahead.

How Does the Seasonal Destiny 2 Artifact Work?

The Warmind Khanjali, as well as all other seasonal Destiny 2 artifacts, achieves unlocks by earning experience points through all the activities available in Destiny 2.

As you gain experience points, you gain Destiny 2 artifact unlocks that allow you to acquire one artifact mod per unlock. These Destiny 2 seasonal artifact mods are essential to completing the higher-level challenges that The Season of the Worthy provides, reaching Light Level 1000, and going flawless in Trials of Osiris.

What Are the Types of Destiny 2 Artifact Mods?

To put it simply, there are two types of Destiny 2 seasonal artifact mods.

The first category of seasonal artifact mods is weapon mods. These mods allow you to change the properties of different weapon types, making them more beneficial in combat.

The second type of seasonal artifact mods is armor mods. These mods allow you to change the properties of different pieces of armor, making them more beneficial in combat or defense.

Each of these types of Destiny 2 artifact mods has specific properties that can benefit your play style. Whichever seasonal mods you acquire first are an important step in becoming legend. 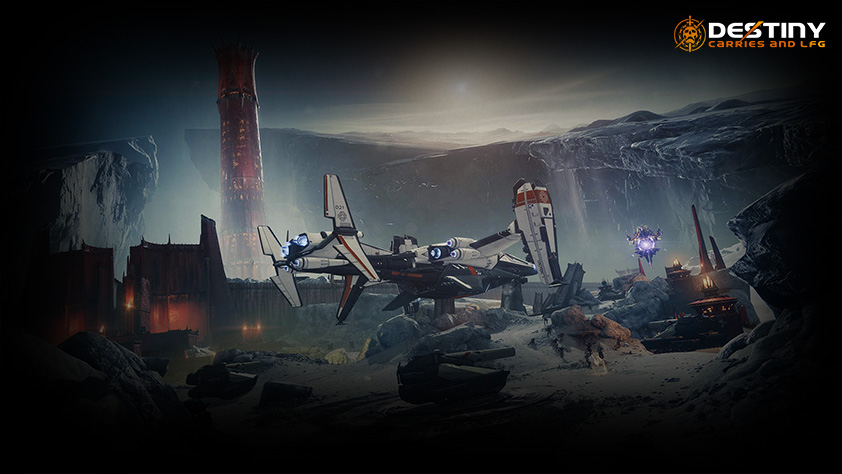 Which Destiny 2 Seasonal Artifact Mods Should You Acquire First?

Category One: The Essentials

This category is titled “The Essentials” for a reason: these mods are not worth missing. These Destiny 2 artifact mods will greatly help you with upgrading Rasputin Bunkers and accomplishing high-level content.

These seasonal mods are essential for taking down Barrier Champions, the high-level enemies that have an impenetrable shield that can only be taken down with weapons equipped with these mods.

You can acquire two of these mods from the first tier of the seasonal Destiny 2 artifact, one for sidearms and one for sub-machine guns. The sidearm mod is recommended as sidearms generally have a higher impact than sub-machine guns, allowing these shields to be taken down quicker.

These Destiny 2 seasonal artifact mods are essential for taking down Overload Champions, the high-level enemies that have extremely high damage output and fast ability recharge. These seasonal mods reduce this damage output and weaken these enemies.

You can acquire two of these mods in the first tier of the seasonal artifact. The Auto Rifle and Sub-machine is recommended as with recent buffs to all Auto Rifles; they are now some of the highest tier weapons in the game.

In the fourth tier, the mod Disrupting Blade becomes available, which grants disruption to swords. This is also highly recommended as with a recent buff, swords have some of the highest damage per second in the game. This Destiny 2 artifact mod will allow you to destroy champions with ease.

These seasonal Destiny 2 artifact mods are essential for taking down Unstoppable Champions, high-level enemies that can regenerate health unless staggered by weapons equipped with one of these mods.

You can acquire one of these mods each in the first tier and the fourth tier of the seasonal artifact. Both of these are recommended as the Unstoppable Hand Cannon mod can be acquired early; however, if Hand Cannons are not your favorite, there is also the Inferno Whip that makes your solar melee ability stagger enemies.

This category is for the seasonal Destiny 2 artifact mods that, while not as good as the essentials, are incredibly versatile for all of the content that Destiny 2 offers.

Hammer of the Warmind

This seasonal Destiny 2 artifact mod has two properties. The first property is that when defeating an enemy, there is a chance that they will drop a Warmind Cell, a small orange ball that explodes when damaged by guardians.

The second property is that detonations from these Warmind cells cause disruption, delaying enemy ability regeneration and lowering enemy damage output. This mod can make the Seraph Tower Public Events a breeze to complete. It can be unlocked in the fourth tier of the Seasonal Artifact.

This seasonal Destiny 2 artifact mod is incredibly useful. It immediately refills your melee ability charge whenever you or an ally staggers an Unstoppable Champion. Combine this with an Unstoppable Mod in order to maximize your punching power.

These seasonal Destiny 2 artifact mods describe what they do in their name: they improve reloading.

This Destiny 2 seasonal artifact lets you acquire two of these mods. One of them is the Auto Rifle Loader, which specifically focuses on Auto Rifles and greatly improves their reload speed.

The second mod is the Enhanced Small Arms Loader, which greatly increases the reload speed of Hand Cannons, Sidearms, Sub-machine Guns, and Bows. 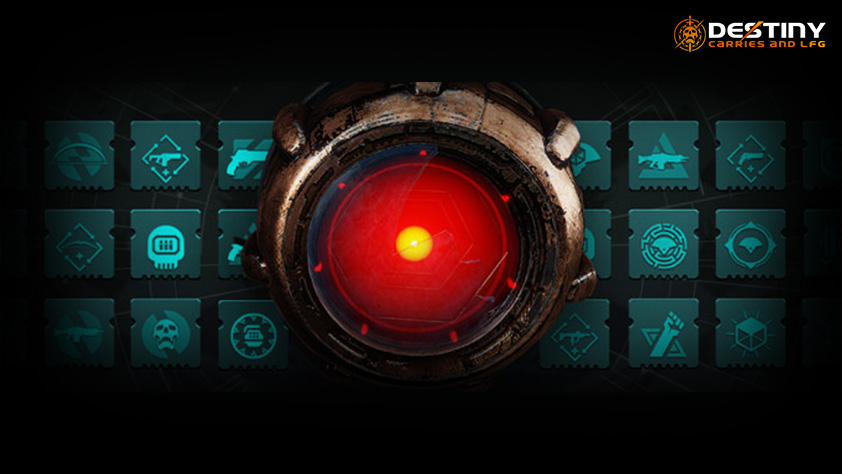 This category is for the Destiny 2 seasonal artifact mods that fill in more of a niche role, but can still be useful in many different scenarios.

This Destiny 2 artifact mod is for all you lighting lovers out there. This mod’s property allows you to create Warmind Cells when dealing damage with Arc melee, super, and grenade abilities. This allows you to defeat dozens of enemies in quick succession and complete waves of the new Seraph Tower activities with ease.

This mod is great for anyone running an Arc build, as this Class Item armor mod grants bonus damage for all Arc melee abilities. This Destiny 2 artifact mod comes with a bonus: when you use finishing moves, it grants bonus super energy.

This Destiny 2 artifact mod allows you to hold the power of Zeus himself. It activates after throwing an Arc grenade, recharging your grenade ability at an increased rate.

This ability also comes with a bonus, as this increased recharge rate’s duration is extended with Arc final blows. This includes all sources of Arc damage, such as abilities, supers, and weapons.

This Destiny 2 artifact mod is another aspect of why Auto Rifles are so useful this season. This mod greatly reduces flinching from incoming enemy fire while aiming your Auto Rifle, allowing you to be much more precise with your shots.

This mod is a simple one. It allows you to pick up more sword ammo with each ammo box you collect, so you can keep swinging. It is useful because, as mentioned previously, swords are some of the highest damage weapons in the game, and the more ammo you have for them, the more damage you can deliver.

This category is for the seasonal Destiny 2 artifact mods that, while they have their own usefulness, it’s not as tangible as some of the mods in the other categories.

This mod allows you to receive less damage from enemy combatants while wielding a sword. While this is useful, the energy cost for this mod is at an insanely high 6, which is just too much for a niche mod.

This mod allows you to receive Gunsmith materials from defeating Cabal Centurions. Like the While Ye May seasonal artifact Destiny 2 mod, this mod provides only minor benefits, as Gunsmith materials are not rare to come by and the slot for this mod can be used for more tangibly useful mods.

This Destiny 2 artifact mod grants a chance to generate a large amount of Glimmer when defeating enemy combatants. Once again, this mod is useful if you really need a lot of Glimmer fast. However, Glimmer is rewarded for completing every activity in Destiny 2, so you should never be in short supply.

This mod grants a small amount of Glimmer for defeating enemy combatants with Auto Rifles or Sub-machine Guns. Like the Flourishing Blade mod, this mod is only really useful if you are desperate for Glimmer, which is rewarded for completing any activity in Destiny 2.

Why Should You Upgrade Your Seasonal Artifact in Destiny 2?

Upgrading your seasonal artifacts grants you many benefits. The seasonal mods allow you to complete more challenging tasks at exponentially quicker rates, allowing you to become even more powerful.

Each season comes with a seasonal Battle Pass, which rewards players for completing activities and gaining experience points. There are a total of 100 Battle Pass levels that can be earned in a season and each season’s Battle Pass offers exclusive rewards including armor, emotes, and weapons like the Tommy’s Matchbook.

How to Upgrade Your Destiny 2 Seasonal Artifact Quickly

Your seasonal artifact is important for enjoying all of the content that Destiny 2’s Season of the Worthy has to offer. In order to upgrade it quickly, you want to complete activities that grant high experience points rewards, including Legendary Lost Sectors, Daily Bunker Busters, Nightfall Strikes, and Raids.

Completing each of these activities on a regular basis will quickly boost your artifact and Battle Pass experience points, allowing you to accomplish everything possible in Destiny 2.

Don’t Have Time to Complete the Grind?

Being at top-tier Light Level lets you accomplish everything possible in Destiny 2, allowing you to truly Become Legend.

If you, like many of Destiny 2’s millions of players, are not able to spend hours a day grinding out the rewards for your seasonal Destiny 2 artifact, there’s an easier way. To get there faster, check out our boosting services for quickly reaching the pinnacle of power.