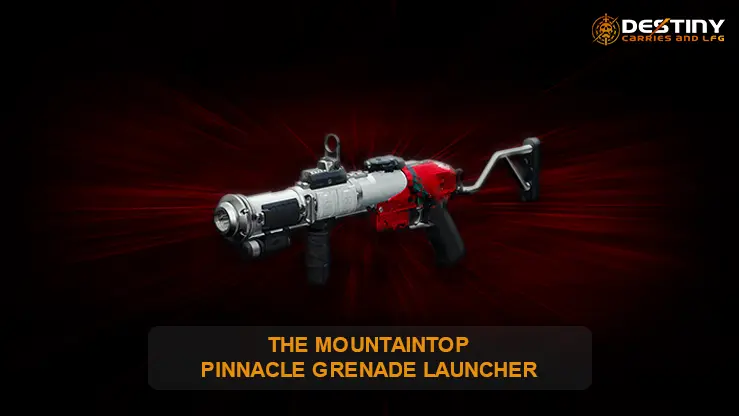 This Mountaintop Pinnacle Grenade Launcher (best perks for mountaintop) introduced in the 5th season of Destiny 2. This grenade launcher is a powerful addition to anyone’s arsenal. The weapon obtained when the four quests in the Crucible hand out by Lord Shaxx get completed. Granted this is one of the hardest Pinnacle Weapons to get your hand on.

The four Parts to the quest are:

Third Wave of the Triumph is going to be where most players have the most difficulty. This step asks players to complete the In Pursuit of Honor Triumph, which requires some very difficult feats in Crucible:

Special Characteristic of the Pinnacle Grenade Launcher is the Micro missile

The Mountaintop Grenade launcher has exceptional quality perks. Grenade fired from the grenade launcher fire in a direct path and hit the target directly.

Mountaintop is the only kinetic grenade launcher with sticky grenades. It is introduced in Destiny 2 in the 5th season, as the Crucible pinnacle weapon.

This weapon fires in a straight line and has a massively increased projectile speed.

Increases stability • Grenades fired from this weapon do increased damage on direct hits.

Grenades fired from this weapon attach on impact and detonate when enemies are in proximity.

Be the first to review “Mountaintop Grenade Launcher” Cancel reply