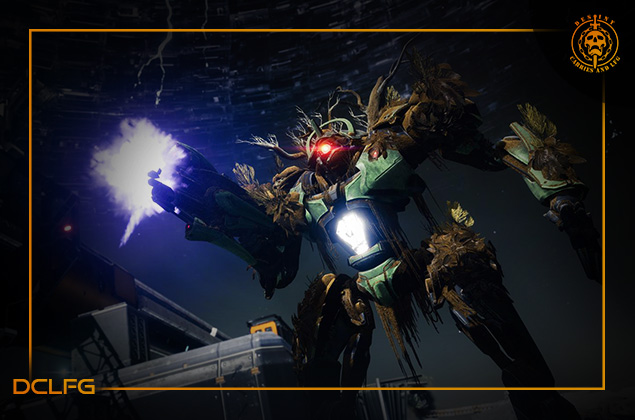 Garden of Salvation takes six team members into the Black Garden on the moon to go up against the Vex in their natural habitat. The Vex are dangerous enemies with a pack-mentality who seek to infest our world, and it’s your job to stop them. The Garden of Salvation Shadowkeep Raid is a beautiful reimagining of the version from the original Destiny, that is sure to give you the nostalgic blast from the past you crave while playing the new Season 8, Destiny 2: Shadowkeep.

Simply choose between character options: Warlock, Hunter, or Titan, and you’re ready to play! Garden of Salvation is available for many popular gaming platforms including Windows, Playstation, Xbox, and more! Don’t wait until it is too late for mankind to survive the Vex. Visit the mystical and bizarre Black Garden and join the fight to save humanity today!

With the Shadowkeep release starting a new age of power gear levels, there is no power cap in Garden of Salvation, making for incredibly exciting and challenging gameplay that is sure to keep you enthralled while you take on the Vex in the Black Garden. However, if you want to ensure you reach the highest level possible, make sure you take on the Pinnacle Raids!

Before attempting The Garden of Salvation, you want to make certain to stock up on weapons and choose them wisely, after all, the Vex are intent on destroying the human race. They are powerful, and cunning, and will not be easy enemies to defeat. It is a good idea to seek out some of the more exotic weapons available in the game such as Exit Strategy, or Randy’s Throwing Knife, a Ritual Weapon known for its supreme impact and stability.

The Garden of Salvation Raid gives players the opportunity to be awarded highly valuable legendary raid armor, raid weapons, special mods, and now even raid emblems! Don’t get left behind and miss out on all these wonderful perks which can boost gameplay and up your skill and are only available through The Garden of Salvation. The gear you can receive on this raid is sure to benefit you in the future and is well-worth the daunting effort it will take to defeat the Vex.

Destiny Carries LFG are committed to providing our gamers with up-to-date material that can aid you in your gameplay. If you need any tips or tricks on how to save our planet from the dreadful Vex, check out our blog where you’re sure to find helpful information about The Garden of Salvation Raid, as well as various weapons, quests, and more!

The Garden of Salvation is the newest and most significant raid available and features thrilling elements:

Do you think you have what it takes to defeat the Vox and prevent mankind’s utter annihilation? If you have the skills and commitment necessary to successfully complete The Garden of Salvation Raid, round up your best weapons and travel to the Black Garden for a heart-pumping gameplay experience you are sure to talk about for years to come! 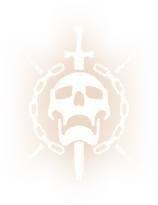 Collect all the new raid Armor and weapons

Garden of Salvation Raid is all about the Vex. Be rewarded with the raid armor and raid weapons. Dont forget about the new raid emblem.

What Do I Need to Jump get started?

With power gear levels reaching a new spectrum in the Shadowkeep release compared to previous raids, there’s no technical Power cap for yourself or the raid at this moment. Artifacts are primarily to blame for this, potentially leveled infinitely, and they were the inspiration to this alteration.

There is a soft cap of 950 overall, with 960 being the real limit to push. 950 Powerlevel is the expectation and minimum expectation for the Garden of Salvation, as well. Right now, it is correlating with the players who are still catching up with the expansion.

The only real way to reach 960 level is through Pinnacle raids. Don’t feel bad if you’re resting at about 920, that is a solid-state for sure. It’s about 910/920 that is needed for this raid, though over time, that will increase. Levels between 890 power to 910 power will not be enough.

Prepare yourself with the right run down of weapons. What sort of combat are you expecting; better fit for a submachine gun or a rocket launcher?

Start playing destiny and be raid ready as the raid is going to be intense, but with the right gear, you will stand a fighting chance. Stock up on exotic weapons and also weapons like Randy’s Throwing Knife or Exit Strategy; both of which are available through Destiny Carries LFG.

Our Experts will open two hidden chests in the raid.

Key to Divinity Option to comple the divinity questline

Selection of this service will complete the puzzle for the Divinity questline. Receive the Exotic Divinity Trace Rifle.

Required for this service is: “Key to Divinity” quest step at the end of the Garden of Salvation Raid.

Armor from Guardian of Salvation

The Garden of Salvation is a blast from the past if you’re into that sort of thing. The piece of gear, armor or weapons are RNG and can drop exclusive armor suit. The armor is equipped with unique mod slots for the specific raid mods that will drop as well.

The resemblance of old Eververse models is uncanny, but either way, this piece is one of a kind. It spots illuminations from the pinpoints throughout, giving it an intimidating look.

There is a worthy of warfare sort of headdress for all three character types, each a little different from the other. If you are into the dreadful look, this catastrophe driven suit may be the one for you.

You can achieve weapons and armor suit by completing the raid in the Black Garden. Don’t be overwhelmed with that, though, as Destiny Carries LFG will help you with the process as needed. DCLFG has a few option to choose from on of witch will suit your needs. 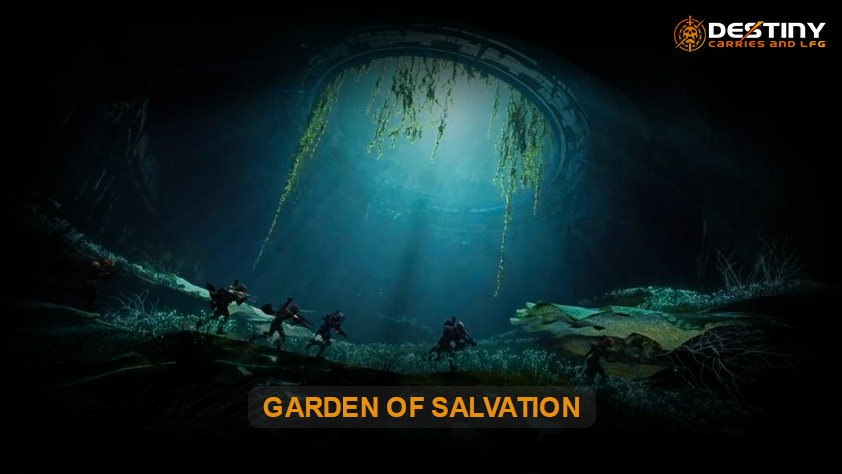 Where Can I see more Reviews?

You can find more site reviews on our Reviews Pages.

Will I be notified when expert starts and when they finish?

What this means is we are verifying that the charge for the item passes all of the credit card required before the order status is changed to complete.

Next step you will see the order status will change to complete. That status means that the order has passed the credit card checks and now has been sent to an expert Que to completed. This does not mean the order is completed.

Once you receive that email and text you are all set the order is complete. Log back in and enjoy your new Item or Items.

This is because some items may take a little longer to complete and we all need to sleep and eat. If you receive this you are free to log back in and play but please don’t lose any progress.

If you do you will have to pay to get that progress back.

Request For Code Email And Text

You may receive a request for a code email and text from Destiny Carries LFG. This is used to request a Code from the customer so the expert can get log into the account.

When you receive the email, it will contain a link back to the site where you can enter the code and hit submit. Note you must be logged in to add the information to our secure site.

This will send the code to the booster so they are able to get logged on. Please remember you need to be logged into Destiny Carries LFG site in order to send the code.

Request For Credentials Emails And Text

You may receive a request for credentials email and text from Destiny Carries LFG.

Please remember you must be logged in to post the reply. If you receive a second email request for credentials email and text that means they are still having issues. Please verify the information again.

This is used for you to see the progress of your order. Our site logs activities that are done on your account. Once you click on Job Progress Reports you will see your order numbers and Job/Events and View Job and Job Report.

Order Id is the Order Number of your order. Job/Event is a Short Description of the activity. Action View Job gives you information about the order and Job Report gives the logs of the order and complete images of your progress in-game.

If it is a Trials of Osiris order you should also see the history of the trial games.

Destiny Carries LFG site is extremely safe. We use the latest in SSL and TSL Encryption.

Our site is also protected by Firewall, DDoS, rate limiting, and bot management systems. Our site is scanned several times a day by Sucuri a leader in Cyber Security and protecting the website.

CloudFlare is used as a proxy and is our main firewall. They protect millions of websites and are the leader in the industry.

Destiny Carries LFG has nothing but the top 5 percent of Destiny 2 players. We only use the best player in the game. We know how important all you hard work you put in your guardians and we are here to make them better.

Only The Best Professional Boosters Are Allowed To Work At Destiny Carries LFG.

Our professional and tournament players will complete your order fast and with no hassles GUARANTEED!

Destiny Carries LFG Has Been Around For Several Years

Destiny Carries LFG has been around for several years.

Unlike most boosting sites on the internet that say they have done thousands of recoveries, Have flashing numbers and it is the first thing they want you to see on their website.

Do you really think they have truly done that many? Well we invite you to look around our site and see how professional we are.

We also don't hide our contact information. Take a look at or competition sites and see if they actually have their address and or phone number on the site. Also we are a legit Corporation called Boosting Games Inc. that resides in Florida. Just look us up here. Sunbiz.org

Check out our many reviews of our service.

—2 years ago
While it did take a while for them to accomplish the task. Which is my fault as I ordered it on a very busy weekend. Customer support was there to help me with any questions or concerns and the task was done flawlessly (quite literally). I could not have hoped for a better service and will return again for more!
Be the first to review “Garden of Salvation” Cancel reply