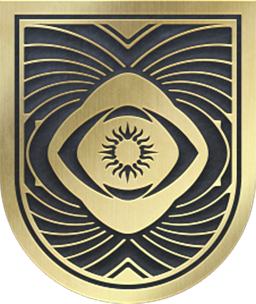 The Forsaken expansion added unique text that is visible next to a guardian’s name in gameplay. These Seals show players completing a certain number of Triumphs, making Seal titles a sign of completion and mastery over specific parts of Destiny 2.

Trials of Osiris are no different. It has The Flawless title and requires 5 Triumphs to be completed over multiple weekends. Triumphs are: Trials of Osiris: Veteran Disciple, Confidence is High, Safe Harbor, Guardian of the Lighthouse, and this is the way.

Our experts teams can boost your progress towards the Flawless title. Our experts takes you closer to showing off this exclusive title quickly and efficiently!

Trials of Osiris redux of in Destiny 2‘s Season of the Worthy has brought with it the new Flawless Triumph Seal; it rewards guardians who complete certain Triumphs related to the high-stakes, competitive PvP event. Like the Almighty Seal, the Flawless Triumph Seal and Flawless Title has been introduced in Season 10.

Trophies from conquest in Trials of Osiris.

Collect all the Trials of Osiris items for a Badge

During the Current season complete a flawless passage of confidence

Using this passage and going Flawless will grant you more rewards on opening the chest at the Lighthouse.

This service might take several days to complete as we need an extra account that has never reached the Lighthouse before.

Guardian of the Lighthouse

Win 10 matches on a ticket after reaching 7 wins during the current Season.

Must have been Flawless the same weekend unless you choose the extra option for us to take you flawless first.

This Is the Way

Complete a Flawless Passage on 4 different maps during the current Season.

This service can take up to 4 weeks to complete.

how to complete the flawless triumph seal

Called “Veteran Disciple,” your guardian will need to earn Trials of Osiris loot except for the emblems and shaders. Must include weapons and armor, it all can be obtained by winning Trials of Osiris matches, turning in tokens obtained by Trials of Osiris to Saint-14, or going flawless. You must earn five armor pieces and all the weapons. This will take many weeks to acquire.

Previously believed that the armor was for those who completed a flawless ticket, later Bungie said it would be available to all part of normal drops. Weekly rotation the weapons and armor, so it’s unlikely you can obtain everything in one weekend. This will take several weeks, so check what items are available each week.

Once you obtained all of this gear, you’ll have complete the badge and The Veteran Disciple triumph.

Carry Someone to Flawless

Once you go flawless, you’ll need to help someone who has never gone Flawless to The Lighthouse. Known as “carrying,” this is no easy feat as guardians who don’t normally play competitive maybe a quite a disadvantage. Not as proficient at defeating Guardians as you maybe. We will probably want to pick up the Passage of Mercy so your team can be forgiven for one loss and still make it to Flawless on your passage.

If you need help getting this done, check out websites such as Destiny Carries LFG they can find players who have never gone flawless. Only the player doing the carrying will unlock this triumph.

Win ten matches after you have already gone Flawless and won seven matches during Destiny 2 Season of the Worthy. It doesn’t matter if you have loss or two on your card, as long as you’ve already had seven total wins. This step could challenge even the best teams. This step could take multiple attempts to complete. Once you lose three games, the card will be completed and you’ll need to start over and earn seven wins again.

Complete a Flawless Passage of Confidence

This one of the easier triumphs. It requires you to go flawlessly using the Passage of Confidence as the equipped boon. It is Only unlocked after you’ve gone flawless at least one time that week, this boon awards players a second Trials of Osiris Flawless drop for going Flawless and winning seven games again and reaching the lighthouse. Destiny Carries LFG Trials of Osiris Carries can help you to get this done.

Every week one map is selected for the Trials of Osiris mode and will not change at all during the entire weekend until Bungie resets the wee on Tuesday. So it is the same map all weekend and doesn’t change.

Go Flawless Across 4 Different Maps triumph will take at least four weeks to complete. Keep track of every time you go flawlessly and what map it is. Every map has different areas to test your skill like sniping lanes, positions, and advantages, so take some time understanding the level before hopping into Trials. Understanding the map and different rotations players will make is a huge benefit.

Be the first to review “Flawless Triumph Seal” Cancel reply