The Ace of Spades has been re-introduced with the Forsaken DLC. 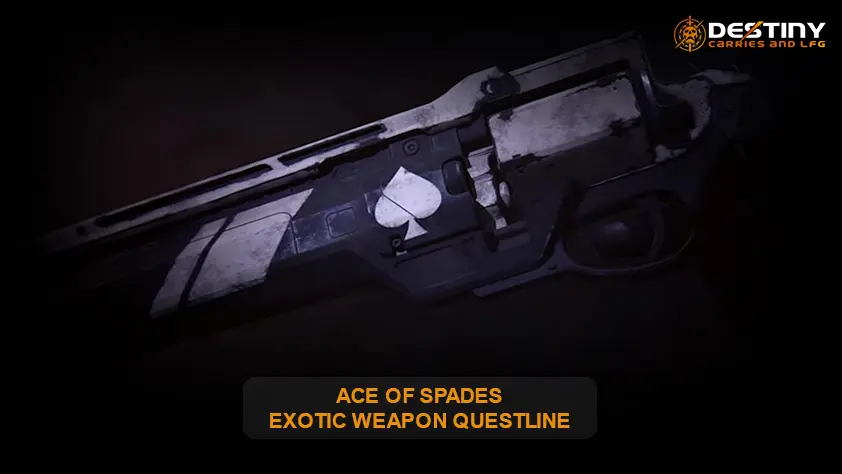 How to Obtain the Destiny 2 Ace of Spades

History about the Gun

Ace of Spades is an exotic hand cannon that first appeared in  Destiny 1. At  the start of Forsaken, it was  possessed by Cayde-6, the charismatic robot hunter who met his unfortunate, demise at the start of Forsaken’s campaign. In Forsaken’s opening mission, your Guardian and Cayde head off to investigate what appears to be a routine disturbance at a place called the Prison of Elders.

It turns out to be anything but routine, a villain named Prince Uldren takes Cayde’s gun and kills him with it. You spend the rest of the campaign hunting Uldren down, and in the closing story mission, you finally reclaim the Ace of Spades from him. The gun is broken, and your initial endgame exotic quests involves completing a number of challenges in order to fix the exotic hand cannon.

Before you get to these challenges, you’ll need to finish the final story mission of Forsaken, titled “Last Call,” then visit Banshee in the Tower. 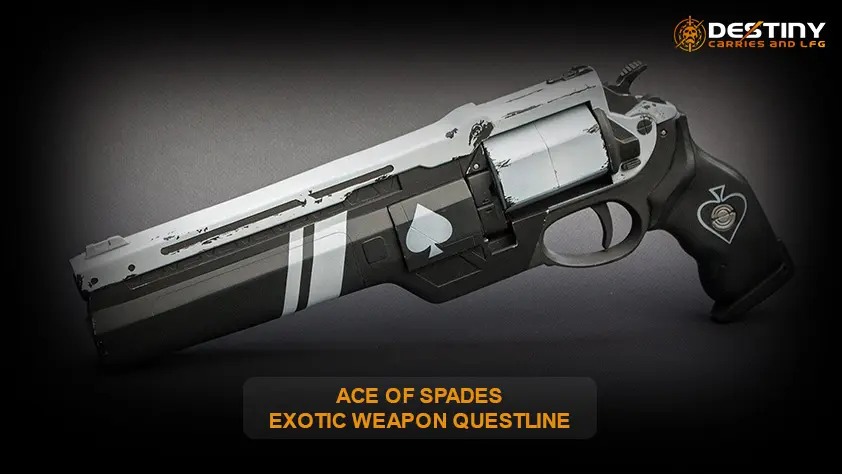 Want to obtain the Ace of Spades for your own account? Our Destiny Carries expert is available to do all of the work for you!

Must have completed the Forsaken Campaign

This service is done by account recovery only. Please fill in your login information at checkout so that we can work on your account. We will try contacting you directly to your PSN/Gamertag and Email 15 minutes before we sign onto your profile.

If you have any questions or concerns about this service please use our contact form or contact our live chat.

We only speak English, so please understand that while we can carry players that speak other languages we won’t be able to communicate as well if you don’t speak or understand English.