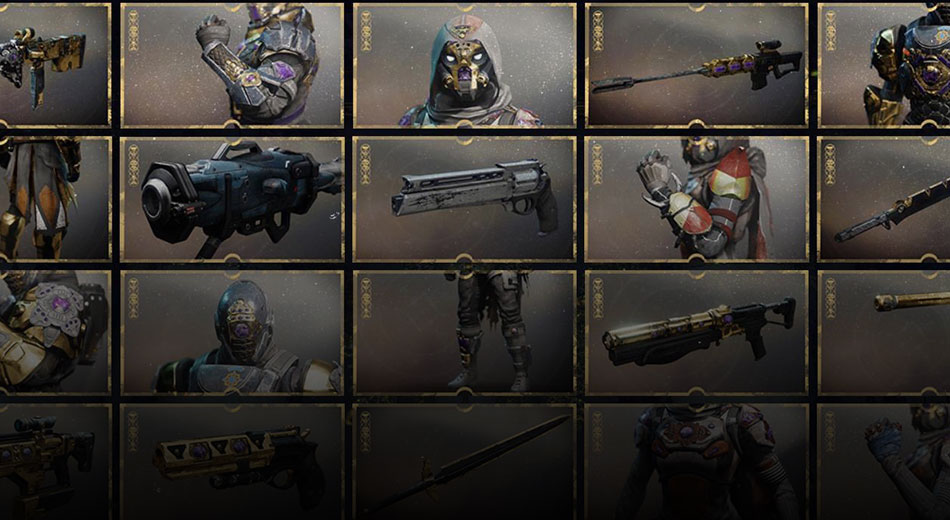 Season of the Forge

Pinnacle Weapons that are available in Destiny 2. Some of the best weapons in the game.

PINNACLE WEAPONS (Season of the Forge)

Season of the Forge comes with a new pinnacle weapon to earn in the Crucible. Vanguard strike missions and Gambit are being added to the list of worthy pursuits with coveted trophies to be claimed. They won’t take as much of a time commitment as the Crucible reward does, but they will still require some dedication to their activities.

Loaded Question’s unique perk is “Reservoir Burst: When the battery is full, your next burst deals additional damage and causes enemies to explode on death.”

This one went through a couple of cycles—originally it had a completely different perk that didn’t quite make the cut. We tried a version that had only a damage bonus, but damage bonuses can sometimes be hard to appreciate when you’re using a Special weapon against lower-health enemies, so explosions on kill were added to really sell the “oomph” and deal with waves of clustered enemies.

How to earn Loaded Question:

Breakneck’s unique perk is “Onslaught: This weapon’s rate of fire increases as you stack Rampage.”

When the plan was made to create more pinnacle weapons for a variety of activities and not just the Crucible, we had to think of something that would fit the activity. This was intended to be a workhorse for Gambit encounters, where killing large numbers of enemies very fast is the name of the game for a significant portion of it, so something with Rampage was an obvious starting point. Pinnacle weapons occupy an interesting space in the sandbox where we can take what is normally a Legendary-tier effect like Rampage and expand on that idea further. We did it with Outlaw for Desperado, and we’re doing something similar here for Rampage.

How to earn Breakneck:

The Mountaintop’s unique perk is “Micro-Missile: This weapon fires in a straight line and has a massively increased projectile speed.”

In addition to the above benefits, the projectile instantly detonates on the environment instead of bouncing like a traditional grenade launcher, unless you have Sticky Grenades selected.

This weapon was created for a few reasons. Other than the Militia’s Birthright, we haven’t created any new Lightweight grenade launchers since Forsaken. In general, it’s a pretty underrepresented weapon type. This gave us an opportunity to explore it as a pinnacle Crucible weapon, and add more variety to the mix of what you’ll use and have used against you. The feeling of getting a direct hit for that instant kill is satisfying, so the weapon was built to support it—but to give it more options, it’s also the only Lightweight grenade launcher with Sticky Grenades, for those of you who have a more tactical approach to the Crucible.

How to earn the Mountaintop: The Quest to earn this weapon lives up to the weapon’s name. It’s going to take some dedication. We did change it up this season, so you can do some of the steps in a non-competitive playlist if you chose, but you will progress quicker by playing in the Competitive playlist. You still need to rank up your Glory score to Fabled in the end to claim the weapon.

Each objective earns you progress per action in any playlist, and players can earn substantial bonus progress by completing these objectives in the Competitive playlist.

After you reach Fabled, you can come down from the mountaintop and return to Lord Shaxx to receive… the Mountaintop Pinnacle Weapon.