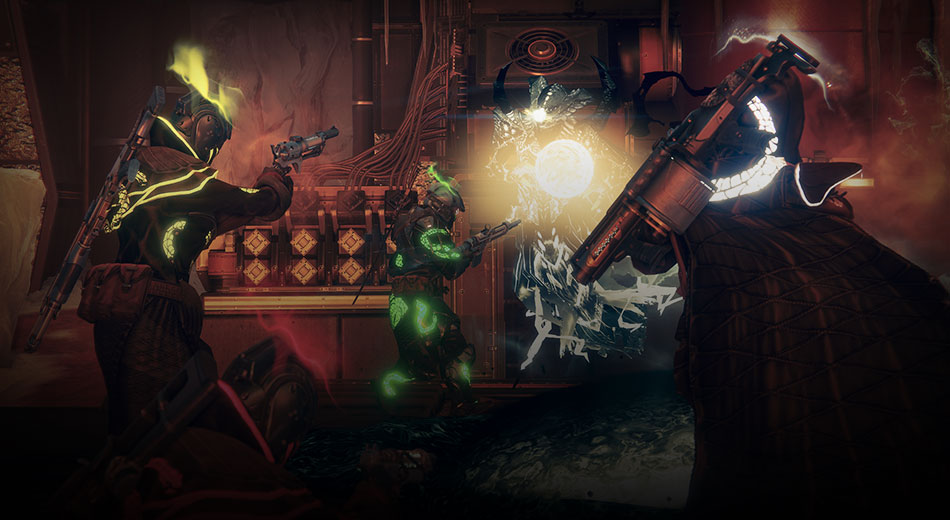 Is it the right choice to nerf the Not Forgotten and Luna’s Howl?

Bungie’s has decided to nerf the Luna’s Howl and Not Forgotten Pinnacle Crucible hand cannons. It is hard to say if it is a good or bad idea. I guess that depends on whether you have the skills to obtain them, or if you put in the time to grind these 2 dominant weapons. Nevertheless, Bungie has decided that they need a nerf. Luna’s Howl and Not Forgotten are too dominant in the Crucible, mainly because of their central perk, Magnificent Howl, which grants bonus damage on precision hits.

Is the nerf the right choice?

Well, here we are, with a sure-to-be-unpopular move among a certain crowd, namely the folks who grinded hard for Crucible Pinnacle weapons Luna’s Howl and Not Forgotten and are now seeing them nerfed. On the other hand, those who are not in possession of these two amazing legendary hand cannons are sure to be celebrating this news.

The problem? Turns out both weapons are the only two hand cannons that can kill you in two rapid-fire headshots, often offering no recourse for opposing players to react giving them insanely high time to kill.

Destiny 2 Not Forgotten and Luna’s Howl come in 2 areas.

The nerf is two-fold. First, Luna’s Howl and Not Forgotten are getting their fire rate bumped down a bit to the 150 rpm tier. Then, Magnificent Howl itself is getting nerfed so that it only increases body shot damage. This means that there are no more two-tap kills, but instead two headshots, one body shot kills, which Bungie claims will still leave these weapons strong, just not as strong as they were before.

There are mixed feelings about this. One the one hand, it’s not ideal that these guns in the hands of anyone remotely competent can out-duel nearly any other gun because of their super time to kill (TTK) through Magnificent Howl. If you’ve played Crucible in the past year, you certainly have run into situations where you’ve been blown up by two Luna’s or Not Forgotten shots before you can even blink, and it doesn’t feel especially fair. At that point it’s not really a skill thing, it’s them literally having the better weapon.

These weapons are Tolerable in the Crucible

On the other hand, I mean, it’s tolerable. While these guns are certainly popular in Crucible, it’s not like the mode is unplayable because they exist, and even if they are super strong, you see less of them over time as people frankly get bored of only using them time and time again. It doesn’t feel like that era when people were literally not using anything except Graviton Lance for three months or the Wave Splitter.

Additionally, Crucible is not exactly in the best of places right now with pretty much zero new content for the mode in all of the Annual Pass so far. There’s been so little apparent Bungie interest in Crucible lately they actually had to push back against rumors that Destiny 3 would remove PvP entirely. As such, I’m not sure it’s the best idea to take the two favorite hard-earned pinnacle weapons of hardcore Crucible players and nerf them. After all, if you have the skill to earn them and they are not way overpowered then why nerf them. I guess that the overwhelming feedback is from those who can not obtain the Not Forgotten and Luna’s Howl.

Why take so long to make changes?

This is a problem with Bungie waiting extremely long to make sandbox changes. If maybe, two weeks after Luna’s had come out, Bungie said “Hey, this is too strong, two-hit kills are bad,” that would have been one thing. But instead, waiting six months and then deciding this is important enough to nerf just is too late. Yet it probably is unbalanced enough to need changes, though there’s never a good way to do this when the entire Destiny community is against the word “nerf” for any reason.

So it’s probably something that should happen, but at this point, perhaps not something that needs to happen as Crucible is playable in its current state. All this is really doing is upsetting the hardest core remaining players of the mode. I doubt that casuals crucible players will flood back into Crucible because Luna’s and Not Forgotten aren’t as strong,