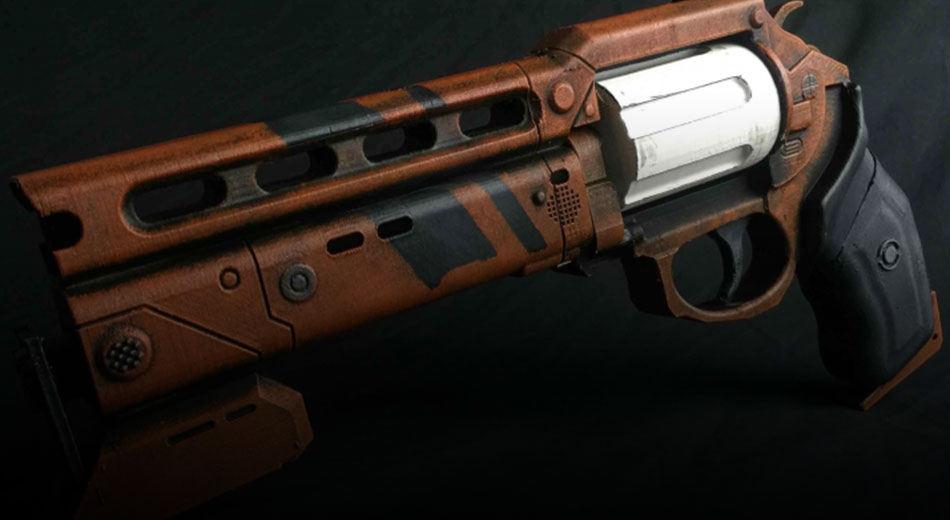 How to Get the Luna’s Howl Hand Cannon, Destiny 2

Before looking over the tedious steps required to get this weapon. Here are its statistics: Destiny 2 offers players a wide variety of weaponry to choose from. Whether it is the Not Forgotten Hand Cannon or the Recluse, some of these weapons are harder to obtain than others. Especially when it comes to the Crucible Glory Playlist. For those wanting to get their hands on Luna’s Howl Hand Cannon, there’s a number of steps to follow, which can be seen below.

This Destiny 2 Hand Cannon also comes with the following perks:

To begin, the first quest is obtained the quest from Crucible overseer Shaxx. It is entitled Shock and Denial. This quest will require Destiny 2 players to complete 10 Crucible matches in the Competitive playlist. After completing the quest. The next quest is known as Pain and Guilt. It requires guardians to defeat 150 opponents with hand cannons during competitive Crucible matches.

The final two quests are known as Reconstruction and Acceptance. The first requires players to reach the Glory rank “fabled,” and the second simply requires players to return to Lord Shaxx in the tower. For those wondering, this quest plays out in a similar manner to the quest for Redrix’s Claymore but with added steps. While Acceptance will land players the Luna’s Howl Hand Cannon, it also begins another quest entitled Keepsake.

Next step is to get the Not Forgotten Hand Cannon.

This quest is much shorter in terms of parts, therefore, It is composed of three steps. Hope, Always Faithful, and Not Forgotten. The first requires players to master Luna’s Howl by using it to defeat opponents in competitive matches, the second has players reach the Glory Rank “legend,” and the final is to simply return to Lord Shaxx. Completing these three parts will presumably unlock the ornament.

All-in-all, this appears to be another weapon worth grinding for, but it is much harder to reach because it requires a lot more grinding and skill.