How to power up fast in Destiny 2’s Season of Opulence. 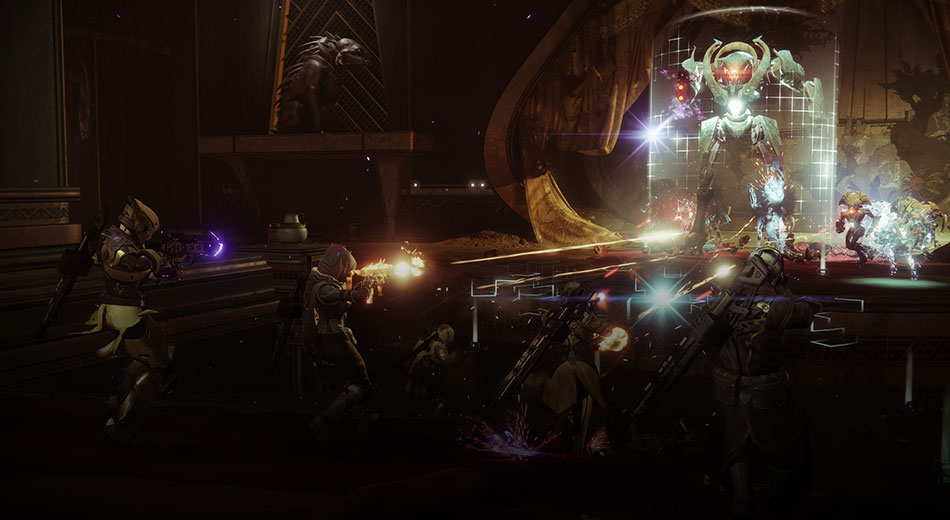 The journey to max Power in Season of Opulence in Destiny 2 can be quite a grind. Some players might like to move slowly and work through the content slowly but there are those who want to be ready for the raid on the first day. For those who like to raid, there’s a lot of work to be done beforehand.

There are over 30 ways for you to acquire Powerful engrams in Destiny 2. These are available across all activities and range from completing weekly quests, finishing matches, and turning in bounties. Completing all of these on a single character should be enough to bump your Power up a reasonable amount, but for the best results, you can complete these on two or three characters.

This table does not include Prime engrams, Exotic engrams, or Exotic quests, all of which guarantee to increase your Power. If at any point during the completion of these challenges you receive a Prime engram, immediately decrypt it. It helps you to get the next higher level powerfull engrams.

Getting ready Before Season of Opulence

There are a few tasks you can complete in the lead-up to Season of Opulence to making it easier to grind to max Power. These tasks can be tackled at any time, but the sooner the better and the order also has an impact to your ability to power level faster.

The aim of these is to have your charters poised in such a way that doing less work at the beginning will rewards you with the more Powerful gear. It’s also to ensure you have ample resources available to create builds on the fly as you’re tackling the new raid, Crown of Sorrow.

One of the smartest things you can do prior to Season of Opulence is to unlock the Outbreak Perfected Catalyst and charge it with the configuration puzzle in the Heroic Zero Hour mission. However, if you’ve yet to even get Outbreak Perfected, it could be a good idea to wait until last so it will drop at a higher level.

Stock up on resources

Resources in Destiny 2 are extremely important, even more so at the launch of a new season. With new weapons to use and lots of opportunity to infuse, you will want a good supply of everything.

Ballistic logs will be needed to forge weapons for Ada-1 at the start of the new season. By having two saved, you can avoid the hassle of grinding out a couple of bounties. Make sure you use these on June 4 to purchase a powerful weapon frame before heading out to complete challenges.

Similarly, Ghost Fragments are useful for purchasing the Wanted bounties from Spider. You can transfer Ghost Fragments out of your inventory and into the Vault to circumvent the 20-item limit. If you’re just leveling one character, you only need enough to purchase a single bounty.

As for the Tincture of Queensfoil, you will want to ensure you have a few of these for the Ascendant Challenge, which should be Keep of Honed Edges in the Harbinger’s Seclude.

In the event your Enhancement Core collection is embarrassingly low, there is a trick you can use to increase your supply. You will want to ensure you have ample Legendary Shards. Head to Spider in the Tangled Shore and purchase as many Simulation Seeds as you can. Go to Brother Vance in Mercury and use the Simulation Seeds to receive rank-up packages. Dismantle everything you get from Brother Vance.

The way this works is that each time you level up Brother Vance, you will get a Legendary weapon, which may be Masterworked. If it’s a Masterwork weapon, it is guaranteed to drop at least one Enhancement Core. To sweeten the deal further, everything you dismantle – including shaders – will drop Legendary Shards, so you should walk away with roughly 70-80% of your Legendary Shards.

A strategy for giving yourself more powerful gear will be to leave engrams sitting at a vendor ready to collect. These engrams drop at your power level when you pick them up, and because they aren’t technically in your inventory, they aren’t locked to 700 Power. Examples below.

The Flashpoint for May 28 is scheduled to be Io. For the May 28 weekly reset, complete the Flashpoint but do not collect the engram from Asher. It will sit in his inventory even after the weekly reset on June 4. You will need to do the same with Ikora. Complete 20 bounties and leave the engram sitting in her inventory. Do not pick up so it will be available when you Start the Season of Opulance. Making it quicker to level up.

Preparing for the Season of Opulence means saving various bounties to hand-in once reset rolls over. You want to save these bounties so you can very quickly complete a vendor’s weekly challenge, which often requires you to complete several daily bounties.

Ensure you save the following bounties:

You want 7 Dreaming City bounties so that the 8th bounty can be from the new season. Players are reporting that if all 8 are from the previous season, then the Powerful reward will be locked to the previous season’s power level. Reason for not doing the Lost Sector, it’s because this is the fastest bounty to complete, so you want to save it as your 8th bounty.

Another bounty you can edge is the Offering to the Oracle. Grab this bounty from Petra Venj on week of May 28 and then complete a single Heroic Blind Well offering (tier 4). Doing this will have it at 50% complete, meaning one more Tier 4 will charge it fully on the week of June 4.

Once the Season of Opulence begins

As soon as Season of Opulence goes live, you will want to begin collecting bounties, turning bounties in, claiming engrams, and finishing all Challenges.

Go to the Tower and pick up all the bounties that reward Powerful gear from Ada-1 and the Drifter. Then, start turning in the Ada-1 bounties you saved. Completing these bounties counts toward your 20 bounties for Ikora. You can begin the process of visiting patrol zones, collecting bounties, picking up engrams, and completing all challenges.

With all the bounties collected, you can now start finishing and crossing them off your list. Ideally, you should start with the three main activities: Vanguard, Crucible, and Gambit. These will take the longest and reward the smallest increase in Power. Completing these will net you roughly 11 Powerful engrams based on activity completion alone. If you’ve collected bounties from Drifter and completed them, you will receive even more Powerful gear.

Now aim to complete the Flashpoint and then shift to igniting forges. The best forge is no doubt Bergusia, as it can potentially drop Jotunn, which would mean another nice power increase. Ensure you have a Powerful weapon frame charged before going in the forge.

Your last task should be in the Dreaming City. This area rewards the most Powerful gear, and with 7 Powerful drops, you should hopefully see your Power creeping up beyond 715. If you have the time, a run through the Shattered Throne will yield even more powerful drops.

It’s also worth noting that Exotic weapon quests and Prime engrams are an excellent means of increasing your Power. Saving Exotic quests to the final moments to complete will guarantee you a weapon at high Power. If you’ve yet to get Last Word, Thorn, or Outbreak Perfected, unlock them last.

The Crown of Sorrow raid has a recommended Power of 715, which will only increase with each boss and encounter. While there’s no guaranteed number you’ll reach, if you get to or over 715, you should will be pleased.

This guide simply covers leveling up a single character. If you want to get your Power higher, even more work is required. Depending on how much time you want to invest, you can min/max this process by completing it with three characters, saving your main until last. Also be sure to equip your most powerful weapons as they will increase your start power on other charters. This will ensure your primary Guardian reaches the highest Power possible at the start of Season of Opulence in Destiny 2.