Do you want to get a full-fledged grenade launcher to improve your attack and cause damage to bosses? Here’s how to get Canis Major in Destiny 2.
Season of the Lost in Destiny has a lot for players and is full of enjoyment. Welcome to The Dreaming City and get ready for Canis Major. As part of The Witch Queen expansion, you have to free Savathun and save Osiris this season.

In The Dreaming City, you can perform lots of new seasonal activities. You can now pick new and your favorite outfits, weapons, exotic items, and other resources during the game. We get a set of new weapons, and Canis Major is one of them to deal with our enemies.

What Is Canis Major
Canis Major is a legendary solar power and highly effective grenade launcher. We have this fantastic rapid-fire launcher in the Season of the Lost. It comes with lots of ammo supplies and always reloads fast right after your magazine gets empty.

In addition, Canis Major fires at 150 RPM, but there are only 5 once in the magazine. This is the best choice for the heavy slot and is on the list of seasonal weapons. It’s active in PVE and PVP games, but most of its perks stand out in PVE.

How To Get Canis Major In Destiny 2: Quick Methods
As Canis Major is a seasonal weapon, getting this armor is relatively less possible. You would have to wait until you complete any seasonal or weekly activity. To get Canis Major, we have many ways to go through and for which you must spend Parallax Trajectory.

First, you earn Canis Major as a weekly reward in the weekly season story missions. Second, you would have to complete Astral Alignment and get this launcher again as a reward. Third, you get this launcher upon completing playlist activities in Wayfinder’s Compass rank-up packages.

How To Get Canis Major In Destiny 2: Best Method
The best way to farm Canis Major whenever you want is by using Focused Umbral Engrams at the hub called HELM. In Season of the Lost, four different Umbral Engrams are available. To get this grenade launcher as a reward, you can use any one or all of them.
In Tier 1, you can find the first two Engrams, Found and Lost. However, in Tier 2, you can go only with Wayfinder’s Concussion. Still, you have the best choice, and that’s Tier 3, composed of the ultimate Wayfinder’s Blast to limit loot pool to Canis Major.

Canis Major God Rolls
For Canis Major, we have perfect combinations of perks that every player can get. As we mentioned above, although only the PVE rolls of Canis Major are worth mentioning, we’ll discuss PVP as well. So, let’s get started:

Volatile or Confined Launch is the best God Rolls and increases the blast radius. You may need Spike Grenades, which can increase damage through direct hits. With these three Rolls, this launcher does great damage to bosses.

Clown Cartridge and Field Prep are other best options with different features. The former Roll is perfect for players who are active with their launcher. The latter does help with reloading faster and gives you more ammunition to use against an opponent.

Canis Major PVP God Roll
●Quick Launch
●Proximity Grenades
●Killing Wind
●Rampage
Although PVP rolls are not reliable enough, you can still acquire some good rolls, as we mentioned earlier. Quick Launch is our first Roll that can help with velocity when throwing a grenade and handling the weapon. With this, you can quickly take down moving and multiple targets.

Proximity Grenades and Spike Grenades are other rolls worth using to enjoy the game. The former can give secure kills consistently, while the latter can help a player hit straight on the target. So, a combination of these God Rolls could be a potential one.

The last two rolls for Canis Major are Killing Wind and Rampage. These two rolls in combination can increase damage for a short time. They can give you successful kills and perfect results once you apply them. 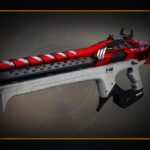