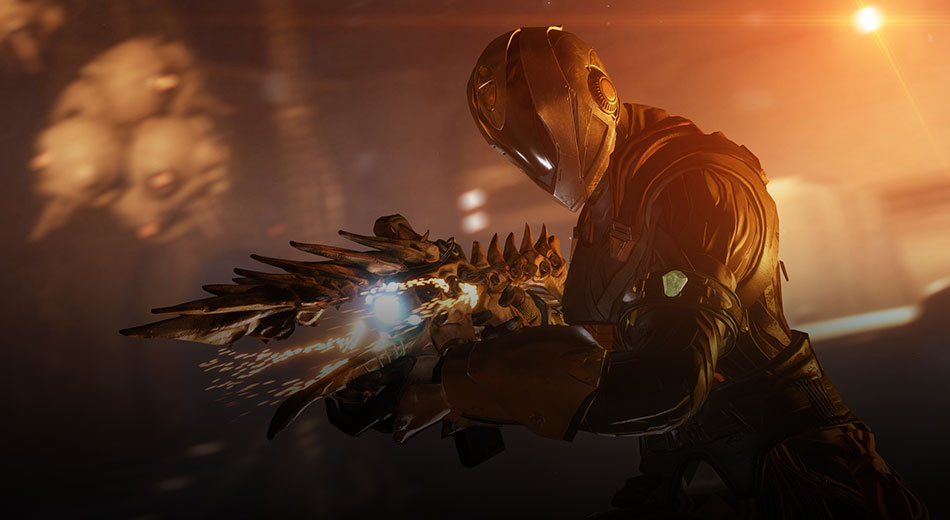 Exotic Catalysts Ranking for Destiny 2. Below is the list of Catalysts that are found in Destiny 2 and ranked by:

Ranking from not so good to good.

Not only is this catalyst terrible, it gives Outlaw to one of the fastest reloading guns in the game which does almost nothing extra to the gun, it’s one of the worst ones to get because you have to hit Legend in Crucible competition which is just…no, absolutely not.

Not only is this exotic underwhelming with swords in such a poor place, but to complete the catalyst you have to smack all the different Escalation Protocol bosses with it once which does not seem worth it in the least for a bit of cooldown reduction on its teleport perk.

I kind of like the 150 solar/void/arc kill split to unlock the catalyst, but Borealis has never really been worth the slot for the most part and this isn’t high on the priority list for a bit of extra reload speed.

More range could be good on this if Scouts ever get buffed. But for now, meh.

Even with all the fusion rifle buffs lately, Merciless still isn’t terribly good. This cat gives you quite a boost to range and stability, but I don’t know, the gun is just so-so compared to say, Loaded Question.

The cat here gives you almost no flinch when fully spun up, but until there’s a big auto rifle buff or this is turned into a Machine Gun at last, this isn’t really a great pick to use.

This was added into the game later than others, and you need 1000 kills with Sturm and Drang to fulfill it. You get more range and handling and it’s still not enough to make using Sturm worth it for me, though it does have its niche Crucible fanbase.

I mean, Hard Light is fine. It’s good for like, Prism, but without some buffs it’s not going to be a common pick, and the bonus stability from the catalyst isn’t even something I notice that much given the insane native screen shake of this weapon.

If scout rifles ever get the buffs they deserve, Jade Rabbit could actually be sick, and the stability from the catalyst could help. But for now though, not a top priority.

The extra range and stability here from the catalyst are extremely good, but Sunshot is continually hampered by its small magazine size. It’s still super fun to use though, even if it’s not the big, high-profile hand cannon these days with all the other exotics in the pool.

23 – The Colony (Catalyst from Crucible)

The Colony is the “help you get Moutaintop” exotic or “get easy invader kills” exotic, and a magazine bump and more reserves help. But I’ve never loved it.

Not hard to find, but you will have to have buddies with Rat King to unlock the catalyst, which gives better aim assist and recoil direction, along with the bonus perk, Infestation, that refreshes health on invisibility trigger. Solid additions overall.

Dragonfly seems kind of unnecessary as a perk for Polaris, but it’s still one of the only good scout rifles in the game right now, and it doesn’t hurt. And it’s easy to get with its role in the Ana quest.

20 – Whisper of the Worm (Catalyst from Heroic Whisper)

Box breathing was nerfed, Whisper was nerfed, this gun is just not what it used to be unfortunately, and it may not be worth all the mission runs you need to get it and complete it. Still, it’s fun.

I personally not a fan of trace rifles, especially after their buffs, but Coldheart is a solid choice with a catalyst that gives it more stability and reload speed.

This buffs 4x honed edge damage which is pretty solid, though you have to slog through heroic Menagerie to get the cat. But only once, as it’s guaranteed drop with a perfected Chalice. This remains a cool gun, even if it’s not the most meta right now.

To this day, prestige Leviathan is no joke, so this will take some work. Big reload speed bump for the cat here and six shells in the magazine. If you can do it, it’s worth it.

Probably even better than Coldheart for me given that the catalyst gives better stability and handling, and the burn damage is killer.

A great weapon with a catalyst that comes with an awesomely huge magazine size boost, but trapped in a raid lair no one does anymore. Such a shame.

I remember there were two months where everyone was using nothing but this and Graviton in Crucible. It’s still good, just not as meta as it used to be compared to legendary pulses or Juju/Outbreak. Full auto on it is good though.

Hidden hand is an okay perk for this, and this does still wreck if you use it right. It used to be the exotic last year, but now it’s just so-so. Still, I think it’s the best of the old Faction Rally catalysts they finally put into the regular game.

A great catalyst that makes this a monster with miniscule charge-up time, but now almost impossible for many players to get, locked into a raid lair that no one plays anymore.

With Whisper nerfed, if you want to do big damage with a sniper, DARCI is your girl. The cat gives it crazy as hell stability, and is worth going for if you like sniping for big boss damage.

This cat is tough to get and complete with Heroic Zero Hour runs, and it’s…fine. It buffs nanite damage and spawns more nanites, but honestly I haven’t noticed a huge damage difference. The orb generation is the real bonus from the catalyst for this, and that makes a must-have considering how good Outbreak is generally.

This debuted in the Festival of the Lost event and I think you can still get it from Amanda. Or it’s a world drop? Not sure. Anyway, orb generation on this, plus the perk that gives your other weapons better accuracy and handling when you fire it, is really good, and FL is low key one of the most underrated fun exotics in the game.

Crimson may be out of favor these days, but it’s one of the easiest catalysts to get and complete (300 precision kills) and the extra range it offers makes it extremely good. I really like this one, personally.

Of the year one weapons that just had catalysts added, I love this one as it gives you a huge chance to regen health on kill as opposed to a smaller chance. And it rips in Crucible even without auto rifle buffs. Definitely worth going for, and this could be a monster with future buffs.

Increased magazine size and reserves is very good for a heavy that continues to be useful to this day in many activities, even after nerfs. I would definitely knock this one out ASAP.

This is an interesting one because the catalyst modifies the central function of the weapon, giving its projectiles more tracking which equals a lot more damage. This is still an incredible boss melting tool to this day, so yeah, I would definitely make this a priority.

This gun has gone from irrelevance to one of the highest DPS exotics in existence thanks to grenade launcher buffs. Absolutely recommend getting for the increased reserves. Bosses hate it!

Genuinely one of the best catalyst perks in the game, which reloads your entire magazine on kill. Absolutely mandatory if you want to use this SMG, though the gun itself remains kind of a niche pick overall.

Absolutely recommend the long grind for this, as extending the time String of Curses is active for more damage and super regen, plus orb generation, is absolutely amazing on Juju.

One of my absolute favorite exotics in the game, this catalyst gives it better range and turns it into a laser. Ten thousand percent worth the hunt for this one. I’ve used this in so many activities I’ve lost count.