Destiny 2 Trials of Osiris: The Best Weapons and Tips 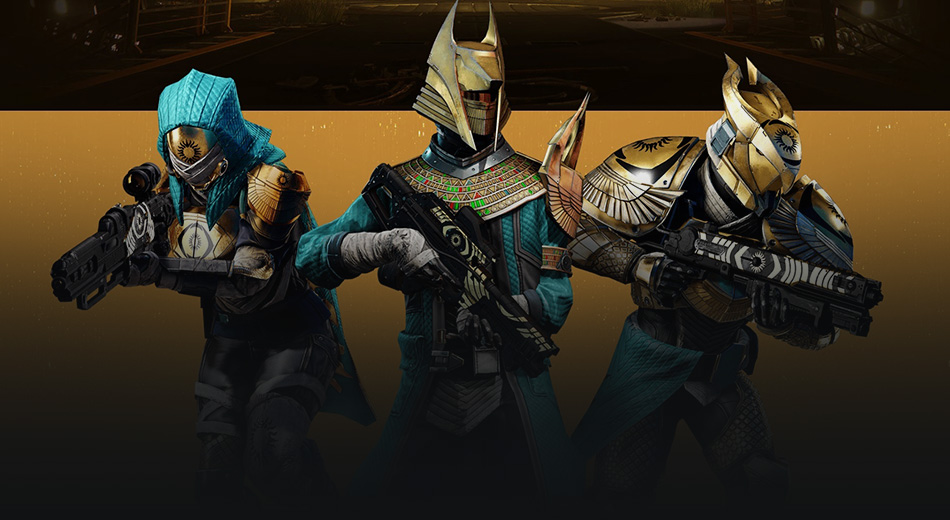 Now that the Trials of Osiris are in full swing, everyone wants to know how they can go flawless and win the best gear. The concept seems simple enough: win nine matches in a row, and you gain access to the lighthouse. There, you can get some of the best gear in the game.

There are other ways to get prizes as well, but the goal of every player is 9-0. If you want to succeed in this mode and get to the lighthouse, you’ll need a solid strategy and the best weapons. Are you ready to climb the leaderboards and get the best gear in the Season of the Worthy?

We’re here to help! Read on to learn more about the Trials of Osiris and find out how to take out your opponents.

What Are The Trials of Osiris?

To take part in the trials, you need a power level of at least 960. You’ll find two teammates to take on another team of three in a best of five elimination match. Since the game doesn’t have matchmaking, you’ll need to either have friends that can join you or find other players via Destiny boards and online forums.

Power level plays a major role in the trials. Since Bungie disabled artifact power bonuses for the mode, it’s going to be hard to grind to level 1,000. If you take a team of guardians in the 960s against a team in the 970s, there’s a good chance you aren’t going to win.

To take part in the trials, you’ll need to visit Saint-14 to get a Trials card and a Trials passage. The card is what grants you entrance and keeps track of your wins and losses.

The passage you choose grants your guardian a bonus:

You can only choose one passage at a time. If you change, your progress will reset, making it impossible to stack rewards.

For beginners, the mercy passage is best since you can still get rewards even if don’t go flawless. It may take you a few tries to get used to the trials, so ignoring a loss could earn you more tokens for gear.

You earn tokens after three wins and from trials bounties. Once you earn twenty tokens, you can get engram loot. It’s important to note that you can’t hoard these tokens, as they expire at the end of every week. There are other rewards you can earn based on your number of wins:

What Weapons Are The Best For The Trials of Osiris?

This void damage-dealing legendary shotgun is one of our favorites for the mode for a few reasons. First, the weapon has impressive stats:

Other than the stats, some of the perks make this weapon perfect for the trials. Accurized ballistics and field choke give the weapon more range and impact while increasing recoil. Flared magwell increases the weapon’s reload time, which is important when you’re in close combat, while the Army of one perk reduces grenade and melee cooldown after an unassisted quick kill.

The fact that supers play such an important role in this mode makes the replenish perk stand out. With replenish, the magazine refills anytime you unleash a super. You can unload your shotgun into your enemies, use your super, and then unload again without missing a beat. The quick reload makes this ability even deadlier. This gun pairs perfectly with an aggressive strategy.

This legendary rifle deals 150 fire damage, making it a powerful addition to your arsenal. The weapon also features amazing control and precision, allowing you to hit enemies at a safe distance while on the move.

With the hip fire perk, the weapon gives you increased accuracy when firing from the hip. Combining that perk with quickdraw, which allows you to draw the weapon quickly and hot-swap, which gives you improved accuracy for a brief time after readying the weapon, makes this a weapon of mass destruction in the mode. You can rain fire on your enemies at a moment’s notice.

Sniping is a dangerous thing to do in the trials because you’re going to find yourself under fire more often than not. Luckily, the Eye of Sol has you covered with 150 solar damage, some amazing perks, and one of the longest ranges in the game.

The EagleEyeSLR20 gives the gun heavy optics so that you can snipe your enemies with incredible accuracy, and the snapshot perk increases the speed that you can aim the weapon. Like the Astral Horizon shotgun, this weapon also has the army of one perk.

The unflinching perk sets this weapon apart from other sniper rifles in this mode because it improves your aim if you’re under fire. If your enemies spot you and start firing, you can quickly take them down and move on to the next guardian.

Hand cannons are one of our favorite types of weapons because they can cause a lot of problems for your enemies. The Jewel of Osiris might be the best hand cannon in the game.

The kinetic damage combined with the perks that this gun offers make it an amazing option if you want to inflict severe damage on your enemies. The Quickdraw IS perk gives you lightning-fast handling, while Icarus gives you increased accuracy when in the air. You can jump and fire without having to worry about your accuracy, allowing you to rain hell on your opponents while avoiding their fire.

This weapon also features the snapshot perk to improve your aiming speed, and third eye keeps your radar active while using the site to aim. This weapon will keep you on the offensive while keeping your enemies on their toes.

A weapon to make Rambo proud, the infinite theorem delivers 150 arc damage to anyone dumb enough to get in your way. Unleashing this weapon on a nearby enemy will leave them in a state of shock.

The field choke perk gives the weapon increased range and impact but also increases the recoil. High-caliber rounds will make the gun difficult to handle, but will also stagger your enemies and leave them reeling, which is important because the purpose of this gun is to throw your enemies off their strategy.

This weapon also features the third eye perk, but also comes with the spray and play, which increases reloading time when your magazine is empty. You can unload this gun into an opponent, stagger them, reload, and continue fire without giving them time to get away.

This rifle is perfect for the guardian that wants to use a rifle from far away to pick off enemies, especially if they’re trying to heal their teammates. The strong kinetic damage combined with various perks make this a strong primary weapon for the Trials of Osiris.

The Red Dot-OAS perk gives you increased target acquisition for easier aiming, while extended mag gives you more ammo to fire into your enemies. This weapon also features third eye, but the star perk for the messenger is the headseeker perk. Body shots increase precision damage for a short time, meaning you can fire off at an enemy’s body and then use a headshot to finish them off.

The scholar is a legendary rifle with kinetic damage that encourages precision kills and gives you the tools to do it.

As you can see, the Scholar has excellent range so that you can pick your enemies off from afar. The weapon has the Red Dot-ORS perk, along with the perfect balance perk to dramatically reduce recoil.

Two of the perks work perfectly together for this weapon. The outlaw perk gives you a bonus to reload speed after precision kills, while the reactive reload perk gives you bonus damage if you reload after a kill. Precision kills give you faster reload and more damage, making this gun perfect for delivering swift victories to your team.

To get this weapon, you need seven wins on a trials passage. You can also get it through our service, where we’ll get the guns and gear you need for the Trials of Osiris and put them into your account.

What separates this auto rifle from the rest is the hidden hand perk, which helps you find your enemies and improves your aim. Combined with hammer forged, which also increases your accuracy and range, and Red Dot-ORS1, you can take out enemies from far away rather easily.

If you’re looking for a weapon that can force enemies out of their positions and create havoc, this is the rocket launcher for you.

This rocket launcher features the grenades and horseshoes perk, which will detonate your ammo sooner if it’s close to the enemy, meaning you don’t have to worry about overshooting. You can also get the hard launch perk to increase your weapon’s velocity and blast radius. Combined with the heavy payload perk, which also increases blast radius, and you can take out all three of your opponents at once!

Tips And Strategy For the Trials of Osiris

Even if your team is weaker than your opponents, there are some things you can to even the odds.

The most important thing in the trials is communication. You have to talk to your team to see where they are and where your opponents are to develop an attack plan. From the start, you’ll see your opponent’s subclasses, weapons, and exotic armor. This should give you an idea of who to target first.

If someone goes down, call it out instead of assuming that your healer can see the visual cues. Let them know where you are so that the other teammate can cover them while they resuscitate you.

You also need to have an offensive mindset. You can’t wait for stronger enemies to develop a plan and wait you out. Your goal should be to cause confusion and attack your enemy’s weak spots. Go on the offensive and throw them on their game, forcing them to adapt to you instead of the other way around. If you have a team in the 960s and you’re going against a team in the 980s, trying to adapt to their strategy will end in you getting steamrolled. Never let your opponent take the initiative.

Do You Need Help With The Trials of Osiris?

The best way to take the offensive is to have the best weapons. unfortunately, a lot of players don’t have the time to spend grinding for the best weapons. You could also find yourself in a situation where the weapon isn’t available to your guardian because of requirements, such as with the Summoner.

That’s where we come in. Our carrying service can get you the weapons and gear you need to compete with other players in the Trials of Osiris. We can also run a flawless Trials for you so that your guardian can get lighthouse gear.

Our customers love the speed and accuracy of our service. Order your carry today and you’ll see your guardian climb up the leaderboards in no time!