Destiny 2: Scourge of the Past Raid Guide 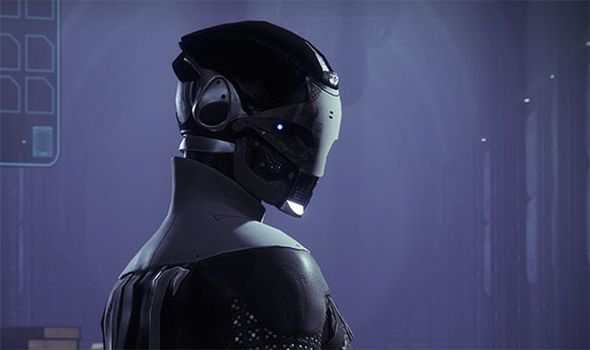 It’s time for a new raid in Destiny 2: Black Armory. Where Last Wish was long and complex, Scourge of the Past is short but packed with fun encounters. When you first load into the raid, you’ll be in the heart of the Last City, just under the shadow of the Traveler. Enjoy the view and get ready for one of the best Destiny raid encounters we’ve ever played!

In this guide, we’ll teach you how to navigate and conquer the Botza Downtown rooftop brawl.

When you first spawn in, take a long look at the city in front of you. This encounter is all about moving around quickly and efficiently to four different landmarks and the generators that live under them.

First, look straight ahead and find the Schnell building. It’s a skyscraper that’s glowing red — pretty hard to miss. This will be East Star in this encounter. It’s really easy to spot no matter where you are and will help to orient you.

Before leaving your starting rooftop, take a look to your left. You’ll see a little plaza with a green hue emanating from the lights. We call this area Billboards, and it’s the southernmost part of the map.

Now look past Billboards and directly across from the Schnell building. You’ll see a circular building that looks like a temple or a political center. We call this Kremlin, but you don’t have to call it that if you don’t want to. Kremlin is the westernmost part of the map.

Now look far across the map, just under the Traveler and across from Billboards. You should be able to spot a big radio tower in the sky. This is what we call Radio, and it marks the northernmost part of the map.

Once you have your wits about you, move into the arena until you reach the center building. Climb the rooftops until you can spot a small generator and what looks like lamps pointing at a blank location. This is where the map will spawn in just a moment.

Use your radar to find a completely invisible enemy nearby. This is a Berserker, and you’ll be fighting several of them throughout the raid. When you get close to the Berserker, you’ll notice that it’s completely immune to damage. However, getting into melee range will change things dramatically.

When you get very close to the Berserker, it’ll unleash a slowing field around it and start to take aim at you with a powerful sniper shot. However, while this slowing field is active, you’ll see two circuit boards glowing on the Berserker’s chest and back. If you shoot both of these simultaneously — meaning you’ll need to work together — the shield will drop and the Berserker can take damaged.

Kill the Berserker and it’ll drop a battery for you to pick up. Have a player on your team who is a good communicator pick up the battery and carry it over to the generator — they’ll be your map Reader. Plug in the battery to spawn the map and start the fight.

This is where the fight gets fun. Leave an ally — preferably someone with lower Light — with your map Reader to guard them, and have the other four players journey off the rooftops.

The Reader will need to be on the lookout for the biggest red dot on the map (there are smaller red dots as well, so don’t get confused). Call out the location of the big red dot and help lead your allies to it.

Have your squad of four kill the Berzerker and his stealthy allies using the normal methods. When the Berserker dies, he’ll drop two batteries. Have one player pick up a battery first and then call out their name.

Your Reader will look at the map and see a few dots above the player holding the battery’s head. This is a charge, and that charge correlates to one of the five generators around the map: Billboards, Schnell, Kremlin, Radio or the map generator.

The Reader will call out where the battery runner should take the battery — to the like-numbered charge. Repeat this process with the second battery grabber. Note that one of the two batteries will always go to the middle to extend the timer on the fight.

As a Battery Runner, you’ll need to hoof it over to whichever generator your battery goes to. You can move much faster using jumps and melee attacks over and over again.

If you’re one of the allies not holding a battery, jump on your Sparrow and ride ahead of your battery Runner.

At the generators, defeat any and all Servitors in the area to lower the shield. If you do it in time — the battery will explode if you don’t — you’ll be able to dunk the battery and charge the dome.

The Reader will call out another location of another big Berserker. All four of the Battery Runners should meet back up in that location to get two more batteries.

However, the players who just carried the batteries will be ionized, meaning they can’t grab another one. Have the two non-ionized runners pick up batteries just like the first group did. Repeat this entire process until you’ve dunked all four batteries in dome generators.

Congratulations! You’ve taken out the first of the Fallen’s defenses. But more traps and bosses await your Fireteam underground. Jump in the hole, collect your loot and be ready to ride for your life.

Categories:
GuidesRaid GuidesVaulted Content News
Tags:
Scourge of the Past
December 5, 2018
By

The Ultimate Guide to Destiny 2:...

The best sniper rifles in Destiny 2? Lets take a look. With over 40