Destiny 2: Quest for the Whisper of the Worm 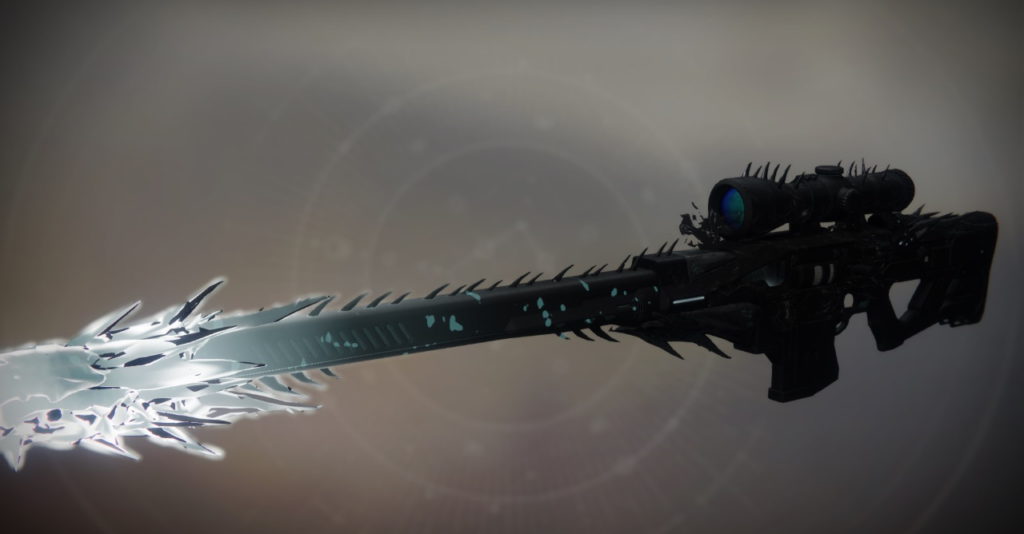 Destiny 2 players have been eluded by the Black Spindle for a while now, but it’s finally been found under the name Whisper of the Worm. In this guide, we’ll tell you how to get it. That being said, be warned that this mission is only for skilled Guardians. This is a high-level reward for high-level players.

Starting the Quest for the Whisper of the Worm

In order to trigger the quest, players must go to the Lost Oasis section of Io and wait for a Taken Blight public event to trigger. This happens at random, and it can sometimes take several hours till it enters the rotation. In other words, you’ll need to be very patient or just try this quest whenever you see it.

Once the Blight event is triggered, search the surrounding area for a Taken Boss. It can spawn pretty much anywhere from caves to cliffs, so stay sharp. Find it, kill it and a portal will spawn that takes you to the Whisper of the Worm Lost Sector. Unlike other Lost Sectors, this one must be finished in 20 minutes. It’s comprised of a platforming phase and a combat phase. The first of those two stages has the potential to be the most time consuming.

When you enter the sector, take the river path to the left, go under the archway and pass by the glowing box. Go straight and jump up. Take the path next to the other glowing box and you’ll end up here.

Jump across and up, and you’ll find the hidden Blight shown here. Kill it, jump down and you’ll be taken to the platforming puzzle.

Whisper of the Worm Platforming Puzzle

Since you’re going to be doing a ridiculous amount of jumping, you should equip Exotics that help you do that better. Something like the Lion Rampant, for example, is good here. We’ve also embedded a YouTube guide for those in need of extra visuals.

In classic platforming fashion, this first section has pieces that jut out and instantly kill you. Take your time and make your way through till you reach the chasm shown below.

This path will bring you to what looks like a dead end, but, if you jump off and turn around, you’ll make it to the next level.

Work your way up to the floating block and get to the secret doorway marked by the crosshairs shown below. This takes you to another section of the puzzle.

The main goal in this section is to jump from platform to platform while avoiding the white blasts that can insta-kill. The best tip is to jump while the bursts are happening so you can land once the space is free.

At the end of the burst gauntlet is a door that opens and closes. Jump when it’s closed and work your way through.

In the next room with the large spheres, take the path on the gray ledge to your left and go through the portal on the far-back, right-hand side of the area. You’re essentially going all the way to the top and then to the right. All other portals in this room are decoys, so make sure you choose the right one.

Once you go through the portal you’ll drop into a room with tiny gray ledges on the left wall. Your job is to platform up all of them till you reach a point above where you fell through. When you see this ledge near the distinct wall marking, jump to it, look into the nearby chasm, crouch and fall to the next area. Make sure to jump at the bottom of the fall to avoid death.

In the next area, hop to the curvy ledge on the left, and go up it while avoiding the broken part in the middle. At the end is a massive leap of faith toward a glowing door.

Go in and progress up the ledges till you reach a red doorway. At this point your platforming is done, so it’s time to swap in your combat-focused Exotics.

The Whisper of the Worm Combat Portion

You’ll essentially have to totally clear several rooms with high-level Tans and lots of Blights. This is where a weapon like the Sleeper Simulant may come in handy. You’ll also want to be chaining supers as much as possible while doing all you can to revive teammates. To progress to the next room you’ll have to kill a Blight. This process repeats a few times. It’s worth noting there are small caves on the first floor of these rooms if you’re looking for a brief respite.

The final room looks like this. It starts with some basic ads, but then three bosses spawn. As soon as they do, focus most of your energy on them. Fight cautiously and use the caves on the left and right sides of the room as a shield. Attack when your super is charged.

If you’re able to emerge victorious in this very difficult battle, you’ll get the Whisper of the Worm. It’s very similar to the Black Spindle with the following perks:

That’s all there is to it. The Black Spindle mystery has officially been solved and the weapon is yours.