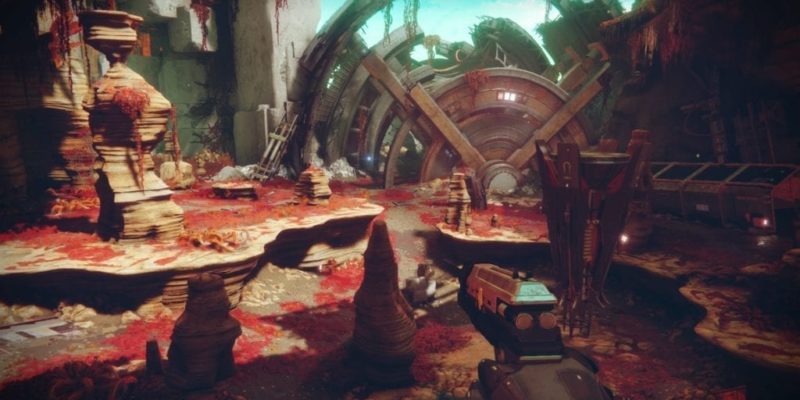 Yesterday brought brand new content for Destiny 2’s Black Armory DLC — the Gofannon Forge on Nessus which awards the Tatara Gaze sniper rifle. It’s a fairly lengthy and questline as well and we’ve got you covered.

Reactions to the previous activity, Volundr Forge, have been quite critical of Bungie’s decision to have a higher Power Level requirement. However, owing to community feedback, they actually made it a lot easier. You should definitely check out our guide on how to beat Volundr Forge because that’s actually tied to Gofannon Forge and the secrets you can uncover.

The first step to getting a whiff of Gofannon Forge is from a random drop from Fallen mobs. You might end up with a quest item asking you to find Tainted Fallen Ether. All you’ll need to do for this step is to keep killing Fallen until you obtain all the materials.

Once done, you’ll be tasked to visit The Spider in the Tangled Shore. Our resident Fallen merchant will ask you to kill 75 Fallen mobs with melee attacks as well as complete the Heroic Version of the Cryo-Pod Event in Tangled Shore.

Next up, you’ll have to complete a mission (Spider’s Competition) in the EDZ – Winding Cove. This acts like a walking tour of sorts for the location’s Lost Sectors. You’ll encounter several Fallen elites shielded by drones. Much like the Fallen Saboteurs and Volundr Forge boss, you’ll have to destroy those drones before you can damage them. You’ll also need to scan the Black Armory containers in the area.

To Nessus We Go

On Nessus, you’ll need to find a Fallen captain that’s a high-value target. The Exodus Black landing zone has one that spawns every few minutes or so. Once you’ve killed the captain and picked up the next quest item, you’ll need to do another mission. It’s just the same Spider’s Competition mission much like the one from the EDZ, so the same tactics apply.

Completing this will let you start the final step of the quest line which takes you to Artifact’s Edge. You’ll discover the location of Gofannon Forge (behind a crashed ship in the area), and you’ll also need to kill a Fallen servitor surrounded by drones. Once done, you’ll have Gofannon Forge unlocked and you can visit Ada-1 back in the Tower Annex. She’ll hand you the weapon frame for the Tatara Gaze sniper rifle.

If you remember what you did for the Hammerhead and The Ringing Nail, then you know that the Tatara Gaze will have a slightly similar quest structure:

You can do all of the above from Fallen mobs on Nessus. Additionally, you could be lucky enough that a Glimmer Extraction event has just started. Alternatively, just head over to the Tangled Shore in case another Cryo-Pod event is occurring (the mobs that spawn for the Heroic version are all yellow bars). Once you’re done with these, speak to Ada-1 again and she’ll tell you to obtain the Tatara Gaze from Gofannon Forge.

Unlike Volundr Forge, Gofannon Forge can be a lot harder because there’s just no easy-peasy camping spot. The left side of the area as you enter has some rock formations but it’s not quite good a defensible position compared to the caverns in Volundr Forge. Likewise, the enemies can be trickier with exploding shanks and servitors ruining your day.

The boss fight is just like that drone-surrounded servitor from before, just that there are a ton of mobs surrounding you. Like any servitor boss, it will teleport you around the map as well. Since the shield drones respawn when the boss hasn’t taken damage in a short period of time, you’ll want to ensure consistent DPS on it. And because of the teleports, you want to break its shield just the teleport has ended to ensure maximum DPS time.

When you’ve defeated the Forge servitor, the Tatara Sniper will also drop for you. It ‘s definitely promising given that it rolls with Kill Clip. That’s a 1-body-shot kill in Crucible if the perk is active. The sniper rifle can even one-shot Guardians in the middle of their supers if you land a headshot. Watch the video below from Destiny 2 player Esoterickk to, as Shaxx says, see what the real fight looks like.https://www.youtube.com/watch?v=U3-gGBz5N6g

The Tatara Gaze has another purpose other than Crucible no-scope plays and infusion fodder; you can also find a secret Forge Emblem using it. As discovered by dedicated players from the subreddit r/Destinysecrets, you’ll be able to spot hidden symbols in a Forge area while looking through the Tatara Gaze and Hammerhead scopes.

Check out this detailed guide from Reddit user ClaryKitty on how they were able to discover this secret. The image below is also from ClaryKitty and it will tell you the locations of these symbols in Volundr Forge.

There’s also a YouTube video below from user Sana which makes the entire process a lot easier:https://www.youtube.com/watch?v=uYTbxbUd74w

There you have it, two Black Armory Forges down in a couple of days. Hopefully, these items all dropped at the Power Level you needed them to be.

In any case, the Gofannon Forge is just the other new inclusion from yesterday’s update. There’s also another major content that dropped and that’s the Scourge of the Past raid. We’ve also got a complete and detailed guide which you’re free to check in case you’re eager in trying out the raid.

The next Forge that will be made available in Destiny 2: Black Armory is the Izanami Forge. which releases on December 18. We’ll see you there. 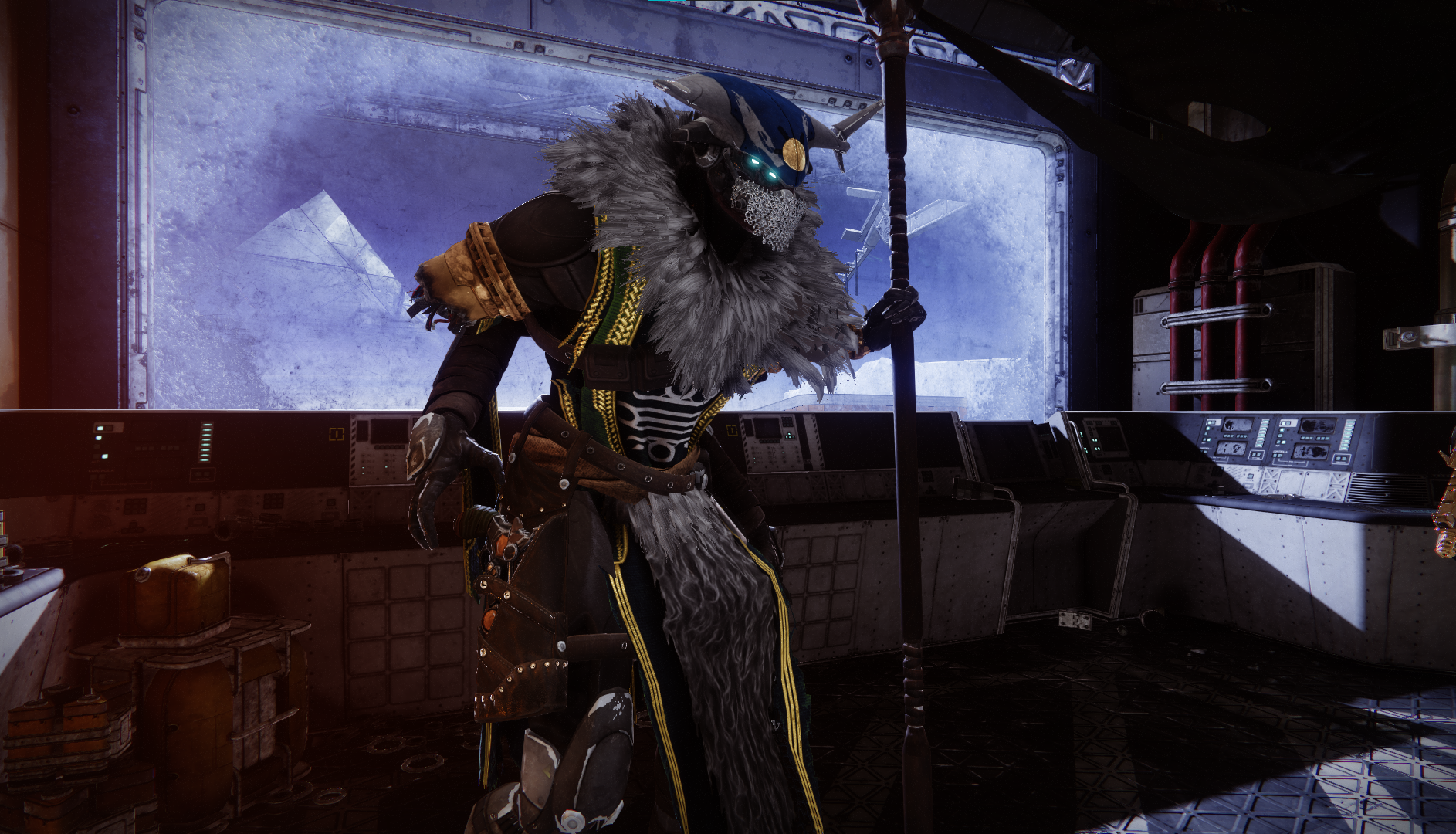 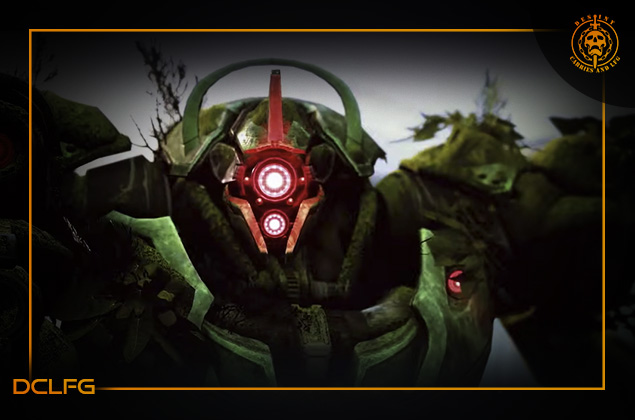 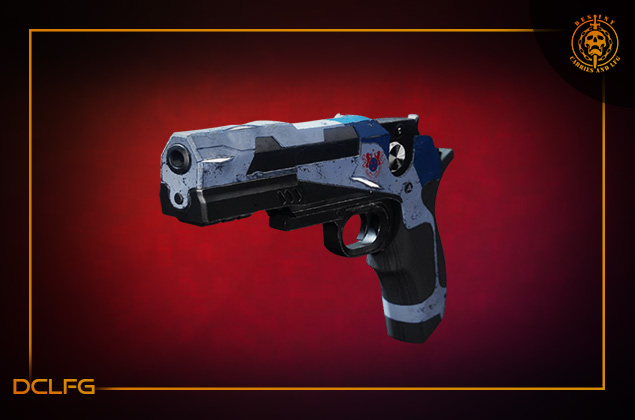 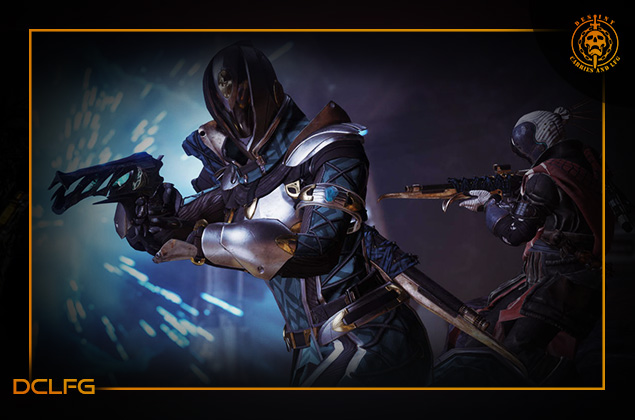 Three new pinnacle weapons are coming to Destiny 2: Season of the Drifter. On the […]

Some of the best weapons in Destiny 2 are in the Black Armory’s Forge. […]

“I am no “follower” of anything. Thanatology is just an excuse for insomnia and […]

The Latest Activities on Destiny 2

Everything We Know About New Des...

Beyond Light: How to Get Ready f...