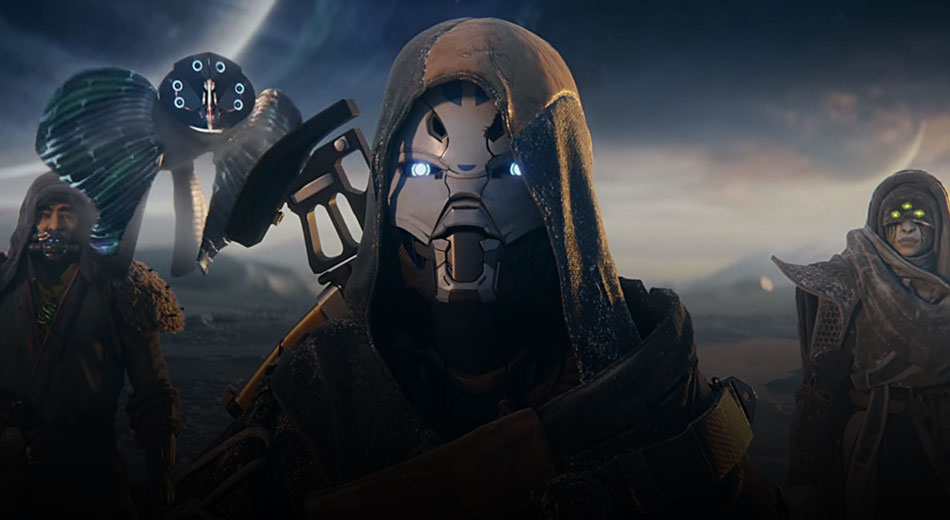 Luke Smith, Destiny 2 Game Director, says that the expansion will be “the beginning of a brand new era in Destiny 2”, one that will include two additional expansions: The Witch Queen (Fall, 2021) and Lightfall (Fall, 2022).

The current season of Destiny 2, Season 11, or Season of Arrivals, acts as a prequel for Beyond Light, but the real fun comes in September.

The location shown in the trailer is Europa, the birthplace of the Exo, where an ancient Darkness pours out of the Pyramid Ship on the moon’s surface.

At the same time, an empire rises underground, led by Eramis, the last baroness of the House of Devils.

Eramis seeks revenge against the Traveler for “scattering her people’s once-great houses to the cosmic winds.” To defeat Eramis, Players must use the Darkness against her, and discover the “long-dormant secrets hidden beneath the surface, in places lost to time.”

It is likely that, along the way, characters will find out more about the Exo Stranger and what she was doing after her last disappearance. We may also discover something about the Exo themselves, since players will be venturing into the Deep Stone Crypt, deep under the ice of Europa.

New enemies loyal to Eramis will have to be dealt with, and in the end, Eramis herself. 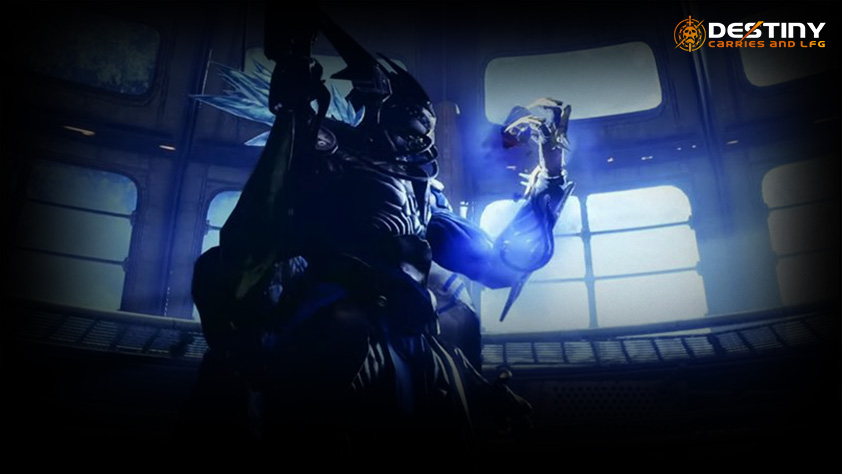 There appear to be four major players in Beyond Light storyline: Eramis, The Drifter, Eris Morn, and the Exo Stranger.

Eramis is a “…Fallen warrior wielding a brand new power, born from a very ancient darkness.” Though we have never seen her in-game, Eramis isn’t a new character; she’s been plotting her revenge for quite a while now.
While players were busy killing her allies, Eramis was busy growing her power and influence.
Now, with the Darkness as her weapon, she is ready to take her revenge against the Traveler, and by extension, everything the Guardians want to protect.
Her new faction of Fallen stands prepared to obey her commands and enact her will. Her power grows with each Pyramid Ship she discovers.

The Drifter is an ancient Lightbearer that was reawakened by the Traveler in the Dark Age. He has led a long, hard existence, and has taken on many names and identities.
His character is shrouded in mystery, so it’s hard to know what precisely what the Drifter could want with Europa, or the Darkness.
What we do know is that the Drifter seems to have been preparing for some kind of war and that he has an interest in evil weapons.
He appears to be afraid of an imminent threat. That threat could be the Darkness.

Eris Morn is the perfect character to guide players through their interactions with the Darkness.
A former guardian who was forever changed by her trials on the moon, Eris has experience wielding the Darkness. In Shadowkeep, Eris’s Ahamkara talisman absorbed some of the Darkness, and it is possible that, as a result, she has learned how to further manipulate its power.
If so, Eris could very well be the player’s guide to acquiring their new subclasses.
Despite previously being ruled out as a persistent character, the Exo Stranger, who the game heavily implies is Elsie Bray, has returned. This is a bit of a shock because most players probably assumed they would never see the Exo Stranger again, after what they heard from Bungie.
After all, game director Luke Smith specifically said the character was done: “…out of all our characters we’ve introduced and exited, we actually exited her effectively”. Turns out, she’s back – and she appears to be a major player in upcoming events.
It has been confirmed, for example, that she is “not forged in Light”, and that her strange companion is “not a ghost”. Both of these revelations have huge implications for the story, and for possible future game mechanics.

The Beyond Light official press release describes the new zone Europa as an “unrelenting glacial frontier”, filled with “secrets that lie deep under the ancient ice”.

In addition to the many varied locations above the surface of Europa, players will also explore beneath the surface. There, they will find the new raid, the Deep Stone Crypt – a subroutine that built the first Exo consciousness.

Players will also be able to travel to Nessus, the Tower, the Moon, the Tangled Shore, and the Dreaming City. Older content like the Cosmodrome, (which will be available at launch) will be cycled back into the game over time.

More locations will likely be added with the release of the Witch Queen and Lightfall expansions. bonus rewards that increase with each tier (Beyond Light Pre-Order Bonuses)

The biggest feature of Beyond Light is the ability to use the Darkness as a weapon. Alongside Arc, Solar, and Void, players will wield a new ability called Stasis.

Statis can be used differently depending on the player’s class, and it can summon powerful supers. The subclass trees are also getting an upgrade.

In a recent interview, Luke Smith said that the new trees will be “a brand new model that allows for much more player choice and flexibility.” Speaking of flexibility, players will enjoy more customization for their gear, thanks to the new transmogrification system. 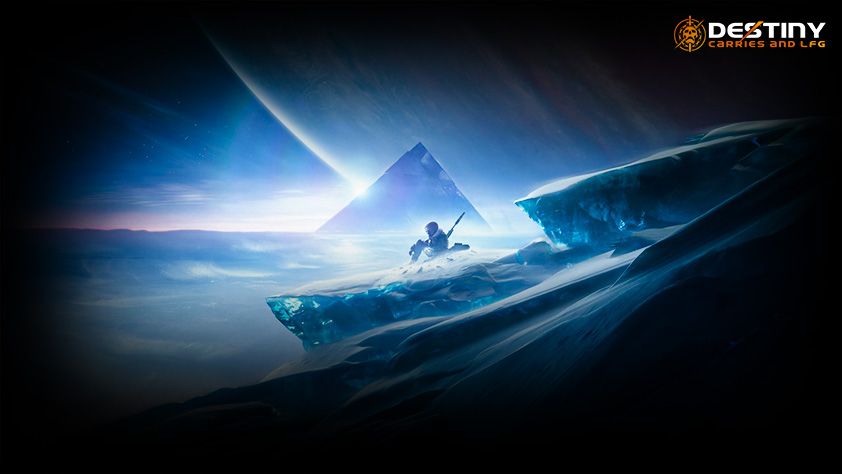 Beyond Light will be compatible with Playstation, Xbox, PC, and Stadia, both older and newer generation versions. The game will be playable at 4k, 60 FPS. PS4 players can upgrade their copy to the PS5 version for free.

Xbox users will also be able to upgrade for free. Cross-play between console families is supported, so a PS4 player can play with a PS5 player, for example. Cross-play across platforms is still in the works, but coming soon.

Unfortunately, like many other short-sighted game developers, Bungie does not support the Mac OS, so if you are on an Apple product, you’ll need to dual boot or use a cloud gaming service.

As with all of Destiny 2, Beyond Light will be available for purchase on Steam.

Bungie has stated that Destiny 2 is “too large to efficiently update and maintain” and is planning to cycle out old content and put it in what they call the “Destiny Content Vault”, or the “DCV”.

Bungie tells us what will cycle out from Destiny 2: “The primary D2 content leaving the game and going into the DCV this fall are the destinations – Mars, Io, Titan, Mercury and Leviathan – and their supported activities”.

It’s important to note that the DCV will not take away any of the weapons or armor that players already own. The point of the DCV is content.

Old content can be refreshed for new use, but bloated file sizes can be reduced. For example, although many locations are going away, the Cosmodrome and 3 of its strikes are coming back, as is the Vault of Glass raid. Bungie will continue to bring old content to the new engine in this way, over time, while simultaneously filtering out rarely-used legacy content.

This process will keep the game interesting but also make it easier to download, easier to update, and easier to maintain. For details on what cycles out and what doesn’t, visit Bungie’s Building a Viable Future page.

The Collector’s Edition is a whopping $200.00, and probably best only for the most serious Destiny 2 fans. The Deluxe edition, at $80.00, while still a bit expensive, is a good deal, because it comes with a season pass that is good for four seasons, starting with season twelve.

If you can afford it, the Deluxe Edition is probably the way to go.

That being said, be sure to check out all the pricing options and bonuses on the Beyond Light site before making a decision.

What is the Darkness, according to Beyond Light?

The definition for the Darkness hasn’t changed, but it seems like our understanding of it will evolve.

The Darkness, also known as the Black Heart or The Deep, is the arch-enemy of the Traveler, and the Light. It is an ancient cosmic force that has existed since before even the universe or time.

It has a deep philosophical reason for pursuing its goals, and it has released Pyramid Ships into the universe to enact those goals. In the Beyond Light trailer, we are told something interesting: that the “Darkness resides within; beckoning you.”

This truth is apparently one “we cannot hide from” and so “we must embrace it.” Beyond those details, not much else is known about the Darkness. Players will likely learn more about the Darkness as they venture deeper into Beyond Light.

Are the old subclasses changing too?

For now, no, but in a recent interview, Luke Smith said that the old subclasses could be modified, if the new subclasses are a success.

Beyond Light is introducing a completely different skill tree, and the first new damage type since the inception of the game, so they need to test things out before modifying what works.

If the new setup is a success, they will probably roll out changes to the old subclasses in an update or expansion.

Bungie is not looking to simply copy and paste content into the new game; they want to selectively revive older content.

Will there be more live in-game events, like the destruction of the Almighty?

Probably. Luke Smith has made it clear that there are things to fix, concerning any future live in-game events, but they do seem to be on the table.

The timing, notification system, and organization of the event are all things that might need to be looked at, to ensure a smooth experience.

How the event itself is activated or experienced might also need to be adjusted. Smith stated that he wants to craft an event that helps players feel like they are actively involved with the event in real-time, and one that easily shows players how the collective actions of everyone involved in the event have impacted the Destiny 2 universe.

When will cross-platform cross-play become available?

Bungie has stated that they plan to achieve cross-platform cross-play by 2021. This date could change, but it’s something they are working on implementing soon.

If you currently play on Xbox, Playstation, PC, or Stadia, then you will be able to cross-play with people that use the same console, even if they have an older version, but you won’t be able to use your PS4 to play with someone on an Xbox, for example, until at least 2021.

There is also no support for macOS, and there probably won’t be any time in the future. Mac users can either dual boot through Bootcamp, or use a service like Nvidia’s Geforce Now, which allows users to stream games to any computer, regardless of the operating system.