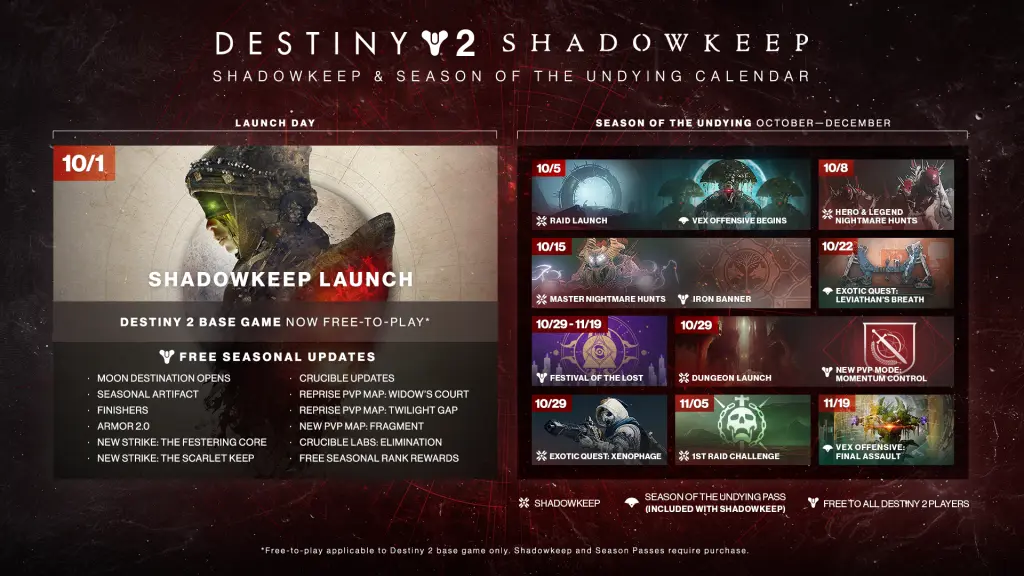 Season 8 Calendar for Shadowkeep & Season of the Undying was released on Thursday, Sept. 12, 2019, In Bungie’s weekly blog post. The studio exposed the forthcoming Destiny 2 calendar for Shadowkeep. The schedule will starts on Oct. 1  with the release of Shadowkeep — with the final contribution scheduled for mid-November, just before the 2019 holiday period.

Bungie also released some upcoming changes to weapon for Shadowkeep. They formally itemized what free players will have access to on October 1st.

On Oct. 1, 2019, Bungie will launch Shadowkeep and its free version of Destiny 2 called New Light. With New Light’s launch, every Guardian can provide admission: 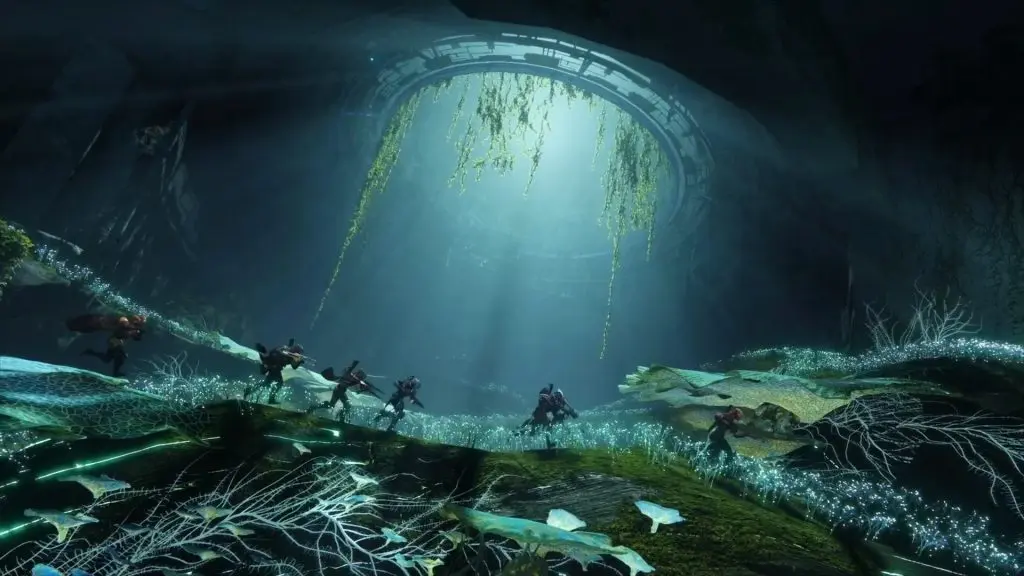 Bungie’s Destiny will launch the Garden of Salvation raid, and the seasonal Vex Offensive event. On Oct. 5, 2019, Saturday after Shadowkeep is released. Players don’t know much about either of these activities, although narratively speaking it seems the Vex from the Black Garden has come to invade the moon.

Notice the raid for Destiny 2 Shadowkeep is for all players, but the Vex Offensive requires the new Season of the Undying Pass. Witch is included with Shadowkeep but also can be purchasable by its self. 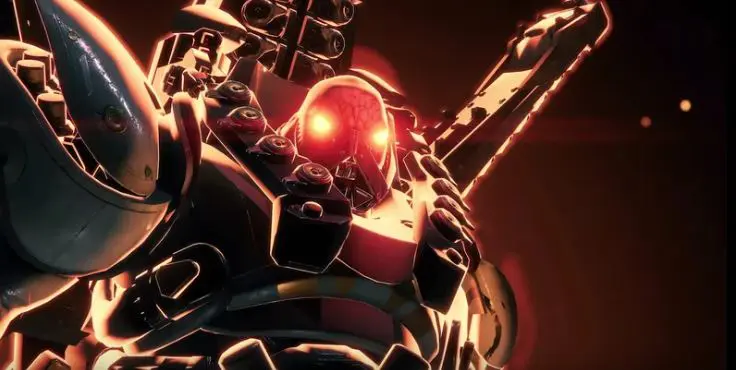 On Oct. 22, Bungie will disclose a new Exotic quest for players to grind. The weapon is Leviathan’s Breath, the first ever Heavy weapon slot for a bow. This quest in Season of the Undying, not part of Shadowkeep.

Oct. 29 four different activities will launch at the same time. Shadowkeep’s new dungeon releases that Tuesday, together with a new Exotic quest for an Arc trace rifle, Divinity. Players that don’t own Destiny 2 expansion Shadowkeep or Season of the Undying will be able to play Destiny’s Festival of the Lost Halloween event and Momentum Control New PvP mode.

Nov. 5, players can tackle the first Season 8 raid challenges Destiny Garden of Salvation. Later that month, Bungie will introduce the final Vex Offensive on Nov. 19. The final offensive is the last event listed on the calendar, although Bungie could reveal more at a later date.

Bungie listed the Shadowkeep calendar as of October to December, despite being no December dates as of yet. It’s uncertain if the delay of Shadowkeep’s pushed the release of Season 9 into 2020.

The most significant change is to enemy combatant health. Minor enemies currently take double the precision hit damage as other enemy types. With Shadowkeep, Bungie will remove this bonus, making it harder to one-shot enemies with a single headshot. 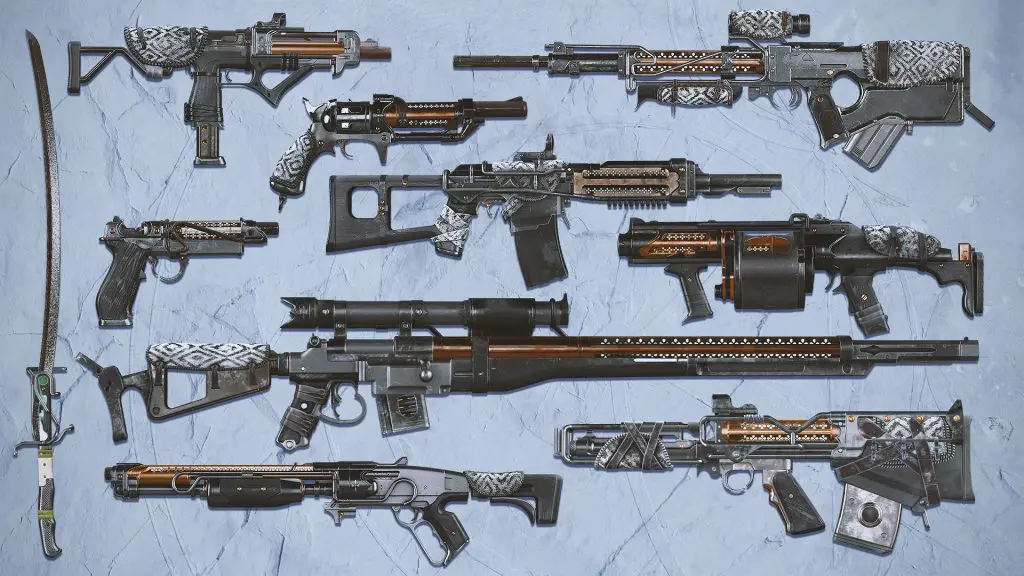 Weapons Buff's and Nerf's in Season 8 Calendar for Shadowkeep

To compensate, Bungie is increasing the base damage of several weapon types:

These changes should impact weapons with high precision damage more than others, like bows and scout rifles. It’s unclear if these kinds of firearms can still one-shot-kill a Minor enemy, but the reduced precision damage for other weapons should improve their viability.

Bungie will also alter a few Exotics on Oct. 1, including:

Season of the Undying (Included with Shadowkeep)