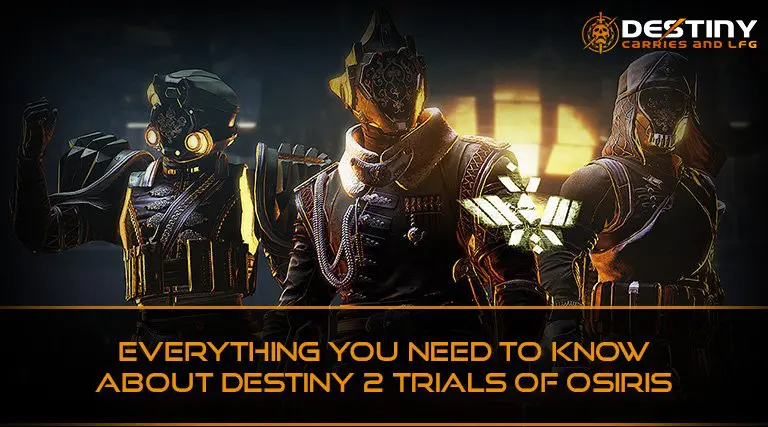 Everything You Need to Know About The Trials of Osiris in Destiny 2. 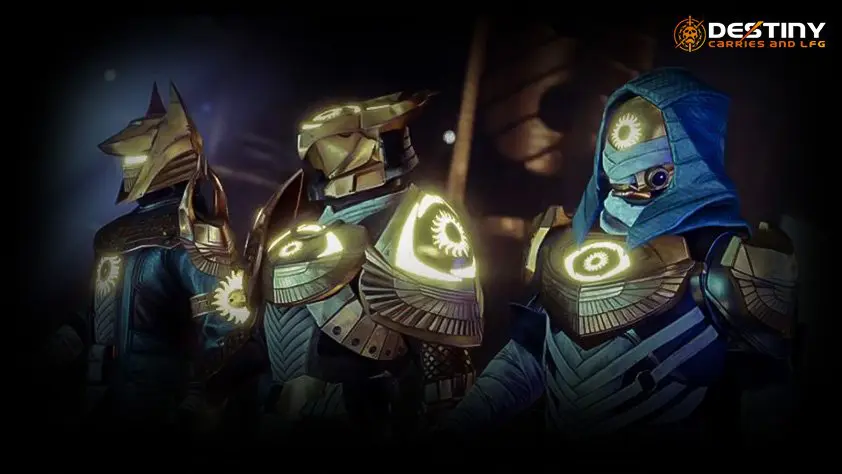 When Bungie first announced the return of the Trials of Osiris as a part of the Season of the Worthy, players started speculating about the mode. Would it be the same as Destiny 1? Could guardians still buy boons? Would players still gain access to the lighthouse, or would Bungie change the prize structure?

Now that the trials are back, we have the answers to these questions and more. Read on to learn everything you need to know about the Trials of Osiris, including tips to help you win your matches!

Everything You Need To Know About The Trials of Osiris

This mode is the ultimate competitive mode in Destiny 2. Players must have a power level of 960 to enter. You’ll also need to find two teammates to help you since the game doesn’t allow automatic matchmaking. You can look at Bungie’s forums to find players looking for teammates, or use the Destiny 2 app to find members of your clan that want to join you.

The trials run from every Friday to Tuesday.

In the trials, the ultimate goal is to go flawless, which means winning nine matches and losing none. If your team can go 7-0, you will gain access to the lighthouse on Mercury, which grants you amazing loot, including armor, weapons, and more. Winning seven matches in a row is no easy feat, however. To reward players for their efforts, Destiny also gives rewards through trial engrams and ticket rewards.

You can trade in trial tokens for engrams. You earn tokens by completing daily, weekly, and repeatable trials bounties from Saint-14 and completing matches. You lose any tokens that you don’t use every Tuesday, so you have to make sure you use them instead of saving them up. You’ll also need to win a few matches to get the best rewards, as trials engrams only award new rolls for things that you’ve already received.

How Do I Start The Trials?

To start the trials, you’ll need to talk to Saint-14, who you recently saved in Season of Dawn. He’s in the Hangar selling trial cards, bounties, and passages.

Once you buy a card, you’ll go to the Crucible playlist. If you played Iron Banner, it’s very similar to that.

You can also buy passages to help you during the Trials of Osiris for 25,000 Glimmer and 15 Legendary Shards. You’ll notice that the passages each give you a unique boost, but you can only use one at a time. There are five different passages, including:

These are slightly different than the boons from the original Destiny, but they still provide powerful bonuses to guardians. You can only play one passage at a time, but you can switch them out. If you switch them out, it resets your progress in the mode, so you can’t buy them all at once. 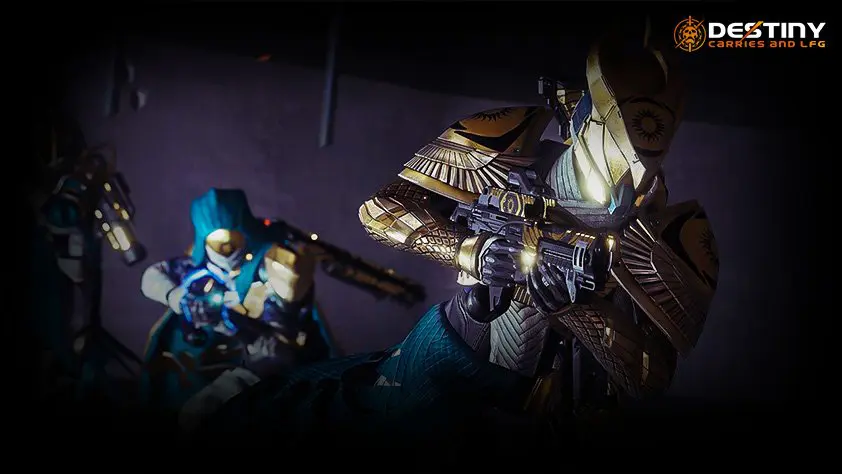 The match starts with two teams of three on opposite sides of the map. The goal is simple: you have to eliminate your opponents before they eliminate you.

Despite the goal being a simple one, each match requires strategy. You aren’t able to respawn unless a teammate resurrects you by getting to your ghost and holding down a button (which button depends on what platform you play on). Of course, the other team could zero in on the teammate trying to resurrect you, making it difficult. This sets the game up as a constant struggle between risk and reward.

Rounds are also on a timer, which discourages teams from sitting back in a defensive position. At the end of the timer, a flag spawns in the middle of the map and the first team to get it wins.

Each match has five rounds, with the team winning three declared the victor. This allows teams to adjust their strategy once they learn the map. Communication with your teammates is an important part of the trials because of this. A player’s super also charges up slowly during the match, and heavy ammo spawns occasionally, adding more strategy.

The good news is that you don’t have to go flawless to get rewards. You can play each passage until you get nine wins or three losses, whichever comes first.

Once you win three matches, you’ll receive tier-II powerful gear. After five wins, you’ll get tier III powerful gear, and after winning seven matches you’ll receive a piece of pinnacle loot as a prize. Of course, seven wins in a row is the ultimate goal, as you’ll gain entrance to the lighthouse and receive the best trials weapons and trials armor.

The rewards you receive are themed and change each season, so you’ll want to make sure you start strong. For that, you may need the help of a Destiny carrying service.

If you do decide to take on the Trials of Osiris on your own, there are a few things you should know.

First, your power level matters. You have to have a 960 power rating to enter the trials. If you’re below that, the only way to get the loot is to have a carrying service do it for you.

There are no artifact power bonuses, making it harder to grind to get to power level 1,000. If you have a team of players sitting at 960, you’ll probably have a very hard time against anyone sitting at power level 970 or above.

If you do find yourself at a disadvantage, there are a few ways to try to even the odds.

First, communication is key. You’ll need team members calling out enemy positions, letting everyone know whether you’re downed and need help, and where ammo drops are. A weaker team that communicates can beat a stronger team that doesn’t.

You can also use communication to plan out attacks and figure out a new strategy between rounds. Talk to your teammates to see what worked and what didn’t.

Because of the time limit and the setup of the maps, aggressiveness is not only encouraged, but required. You have to go on the attack and put your opponents on their heels. If you have a player in the 960s and you’re taking on a team in the 970s or above, you don’t want to give them the advantage of attacking.

During the heavy ammo round, a push against the enemies spawning location can catch them off guard. You could pick up an easy win at the start of a round using this strategy. Whenever you get one player down, you should press your advantage immediately as well. Go after the other two players instead of letting them heal their teammate.

Use The Right Gear

There are several types of gear that you can and should use, but you’ll need someone with exotic armor that increases healing speed. This is a must because if you plan on being aggressive when one of your players is down, the other team will probably do the same. Being able to quickly revive a player towards the end of a round will win you your fair share of matches.

You don’t want to do the same thing in each round. You need to change your strategy each round to keep your opponents guessing and match what they’re doing. One round, you may decide to rush their spawn location, while the next round you may decide to flank them on a certain side.

Use different attack formations and change up who leads the charge. The goal is to apply maximum pressure on your enemy and keep them on their toes. If your enemy doesn’t know what you’re doing, you can help even the odds against stronger players. 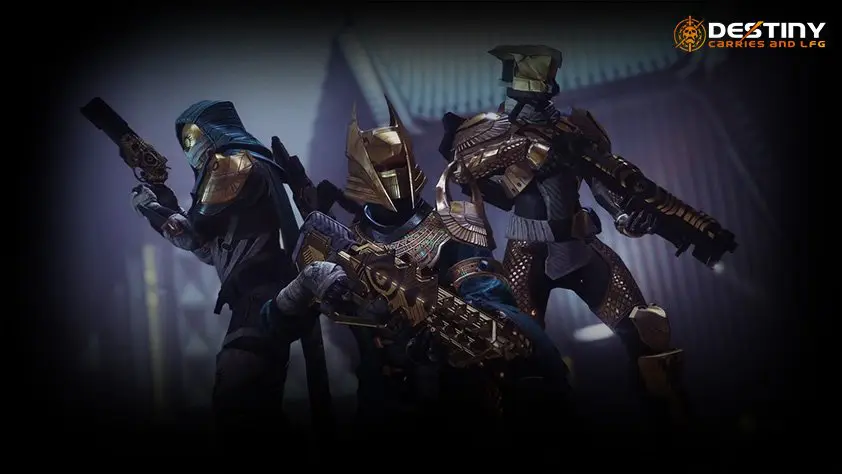 Trials Weapons That Will Help You Win

Even though the mode is still new, some weapons seem to work well in these matches. Using these weapons will help you succeed and win matches so that you can get better gear for future attempts.

This weapon is a legendary kinetic sniper rifle that features some great perks that help with the Trials of Osiris. Reversal of Fortune may be the best perk available for any weapon in the game. If you miss a shot the bullet returns to your chamber after a short time, meaning you’ll have unlimited ammo.

The weapon also has extended range, helping you apply pressure and take out someone trying to revive a fallen teammate. If you plan on taking an offensive approach, the Revoker is the perfect weapon for you.

This weapon comes with the Suros legacy perk, which features half-mag bonus damage and has a small chance of restoring some of your health when you hit your target. The spinning up perk increases the rate of fire if you hold down the trigger button, helping you keep enemies at bay while your teammates flank them.

The weapon also has rolls that provide extra stability, range, and recoil control. The weapon is both accurate and has the rapid rate of fire you’ll need to apply a maximum pressure strategy.

This weapon is an exotic grenade launcher that fires grenades which crawl and follow targets in cover. It’s a difficult weapon for enemies to avoid and can cause confusion when you use it in the Trials of Osiris. If you can use this weapon to split your opponents up, your two teammates can take advantage of the situation and go after your other opponents individually.

Fire off a few rounds of this weapon and see if you can separate the opposing team. If an enemy splits off, take them out and repeat the process.

Why You Should Hire A Carrying Service

There are a few ways that a carrying service can help you succeed.

First, most players don’t have the time to grind their way to a power rating of 1,000. If you are at 960, even with these tips you’ll struggle against stronger teams. Instead of spending the hours every day it would take to grind your way to a higher rating, you can hire a carrying service to take care of the dirty work for you.

You’ll also need strong armor and weapons to succeed in the Trials of Osiris. The problem is that many of the best weapons are either hard to get or aren’t available anymore. With our service, we can get you the weapons you need to succeed if you decide to go through the trials alone.

We can also take on the trials for you and get you into the lighthouse, where you’ll find the gear you need to help you in later runs. You can also use this gear to move up in the rankings. Our team has extensive experience in the trials. We only use the best Destiny players for our service, so you can rest assured that we’ll get you the results that you need.

Now that you have everything you need to know about the Trials of Osiris, do you want to get the best weapons and armor that the game has to offer?

Are you ready to move up the leaderboards and get the gear you need? Do you want to improve your guardian’s power without spending hours in front of a television or computer screen? We’re here to help!

Our customers rave about our speed of service and the results that we provide. Order your carry today and we’ll help you get through the Trials of Osiris and help your guardian make it to the lighthouse! 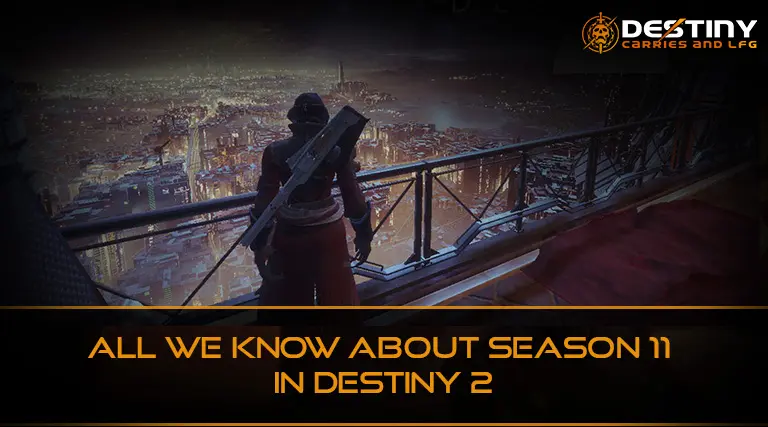 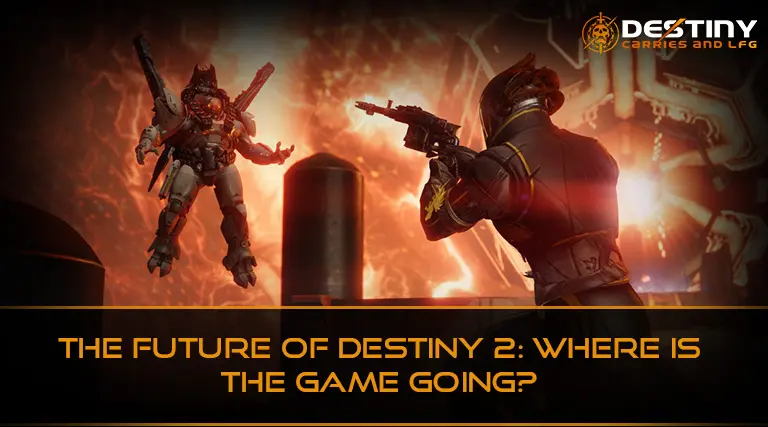