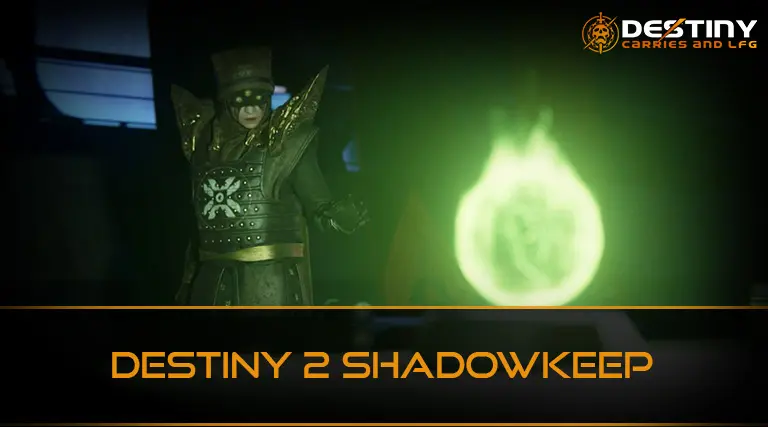 Everything you need to know about Destiny 2 Shadowkeep

Shadowkeep will be released on Tuesday, September 17, 2019 on PS4, Xbox One, and PC (exclusively on Steam).

The base version of Shadowkeep costs $35 on all platforms. The Digital Deluxe Edition will run you $60 and comes with four Season Pass credits, letting you access the next four seasons of content (nearest we can tell, this is basically another annual pass), as well as an Eris Morn-themed emote, Ghost shell, and emblem.

A $150 Collector’s Edition is also available; it comes with:

Pre-ordering any version of Shadowkeep will also net you the Two-Tailed Fox Exotic rocket launcher and a Hive-themed Exotic ornament for it. Additionally, pre-orderers will receive the base game plus the Curse of Osiris and Warmind DLCs for free on September 17, which is a confusingly worded offer since those DLCs are also free with Destiny 2’s New Light free to play version – more on that later. But hey, you get the base game for free.

Going forward, all Destiny 2 content will be available on an individual, a la carte basis, meaning you won’t have to own or purchase any previous or additional content to access Shadowkeep. So even if you don’t own Forsaken or the annual pass content, you’ll still be able to play on day one. Relatedly, everything released before Shadowkeep will be available for $40 thanks to a new bundle.

Shadowkeep’s first proper trailer teases a horror-infused experience connected to Eris Morn, a Hive-adjacent and unpredictable ally from the original Destiny. The trailer itself is a whole lot of close-ups and equally obscured panning shots, so while it is cool, it’s not the most informative first look. With that in mind, let’s review some story details Bungie shared separately.

Obviously, Shadowkeep is set on Earth’s moon and will see the return of Eris Morn. The moon’s changed a lot since we last visited. It’s covered in deep green cracks and a huge scarlet fortress manned by strange crimson Hive popped out of the ground, but Bungie says “it’s not just about the Hive anymore.”

“The moon this time around is something really scary that’s playing on your fear in a way that hasn’t happened before,” said senior artist Thad Steffen. “Before it was ‘oh it’s a big giant thing and it’s scary’ but now there’s actual psychological elements to that.” Music director Skye Lewin added that “there’s an undertone of threatening, psychological horror,” and creative director Steve Cotton said “we want to tap into what makes Guardians afraid.”

Bungie ViDoc-Out of the Shadows

Apparently, the answer is: ghosts of battles past. Shadowkeep is filled with “nightmares” based on previously vanquished foes – Crota and Ghaul appear as nightmares in the ViDoc, and others can be seen in the trailer – which have been resurrected by the Darkness. These nightmares are also partly based on Eris Morn’s memories and traumas, and it appears she unwittingly helped manifest them. So, you’re called in to do some good old-fashioned ghost busting.

“You can’t just kill them and make them go away,” senior designer Matt McConnell said. To make matters worse, Cotton affirmed that “the Darkness is a lot closer than we realized.” So whatever’s out there, killing or stopping it is going to take some doing. For example: it’s going to take a new raid!

Raid is set in the Black Garden

Shadowkeep will introduce a new six-player raid set in the Black Garden, an alternate realm built by the Vex which was initially shown at the end of the original Destiny’s main campaign. Back in the day, the Black Garden was a gorgeous but shallow area filled with flowers and robots. It looks every bit as gorgeous in the Shadowkeep ViDoc, and seeing as how it’s a full-fat raid this time around rather than a slap-fight with a blob of metal (don’t ask, it wasn’t fun), there should be a lot more to it as well.

What’s interesting is that the Black Garden was accessed via Mars in the original Destiny, yet Shadowkeep is all about the moon. Maybe the Hive found a backdoor on the moon and we’re going to seal it up? Sadly, we don’t know bubkis about how the Destiny 2 Shadowkeep raid will actually work. That said, we did nab this screenshot showing some kind of Taken tree (or maybe a Beholder or Gorgon?) in the Black Garden. That’s something, right?

On top of a raid, Shadowkeep will add another dungeon not unlike the Dreaming City’s Shattered Throne, which is sort of a three-player mini-raid. We know even less about this activity, sadly, but it’s likely the new dungeon will follow the same three-player format. If it’s as inventive and exciting as the Shattered Throne, this dungeon will be one of Shadowkeep’s main attractions.

A new DLC means new Exotics, and Shadowkeep looks like it’s got some doozies. Three nameless, work-in-progress Exotics were teased during Shadowkeep’s big reveal. First, a heavy bow which fires explosive arrows that knock enemies way back, like, to kingdom come. Next, how about a hand cannon that’s really a “one-handed sniper” but which lights you on fire if you shoot it too rapidly (small price to pay to be honest). Finally, we saw a new trace rifle which “creates a big crit spot” on enemies, potentially making it a good fit for team fights like raids. You can bet there’ll be more Exotics in Shadowkeep, but that’s a pretty good, off-the-wall start.

Speaking of new gear: the way we outfit our Guardians is getting an overhaul in Shadowkeep. The biggest change is aptly titled Armor 2.0, and from the sound of things, this new system will let us mix and match armor perks and mods however we want. More specifically, we’ll be able to take our favorite armor perks and move them over to our best-looking armor. This should make it easier to not only fine-tune our loadouts and build the perfect armor sets, but also look cool doing it.

In addition to expanded armor, we’re also getting a new type of armor entirely: artifacts. Artifacts were a vestigial sixth armor piece in the original Destiny, but they’ve been totally revamped for Shadowkeep. A sample artifact shown in the ViDoc had well over a dozen available skills, some of which were described as feeling “relatively close to what an Exotic might feel like.” Nearest we can tell, Destiny 2’s artifacts are basically going to be secondary skill trees, which is mighty promising indeed.

With all that new content out of the way, let’s quickly go over some of the big changes which will come to Destiny 2 alongside Shadowkeep but not strictly as part of it.

Cross save functionality is coming to all platforms and exclusive content

Destiny 2 cross save has been at the top of many peoples wish list for years, so it’s super nice to see Bungie get behind it. Starting this September, players will be able to transfer their Guardians between PS4, Xbox One, PC, or Google Stadia. The specifics of this process are still unclear – how many times can you transfer, is there a fee, how many times do you need to buy the game – but just having the option feels like a tiny miracle.

Shadowkeep will be included with Google Stadia’s Destiny 2 collection

Oh, right, Google Stadia. Yes, a Destiny 2 Google Stadia version is on the way, so in theory you’ll not only be able to bring your Guardians anywhere, you’ll be able to play Destiny 2 from anywhere as long a Stadia-supported screen is in reach. Shadowkeep will be available as part of the Destiny 2 Stadia collection when it arrives this fall.

The PC version of Destiny 2 is leaving Battle.net and going to Steam

Apart from a new platform, Destiny 2 is also heading to a new storefront. Presumably to finalize its split from Activision Blizzard, Bungie is moving Destiny 2 from the Battle.net launcher to Steam. The studio says all items, unlocks, purchases, and characters will be smoothly transferred to the Destiny 2 Steam version in the coming months. We’ll learn more about that process this summer.

Shadowkeep will launch alongside New Light, a free version of Destiny 2 Year One

Finally, to make Destiny 2 more accessible as it comes to these new places – and to focus on “crushing the barriers between friends,” as game director Luke Smith put it – Bungie is releasing a free to play version of the game this September. Dubbed New Light, the Destiny 2 free to play build will let players explore all Year One content including the Red War campaign, the Leviathan raid, and the Osiris and Warmind DLCs, as well as all the destinations in the director.

However, while free players will be able to explore destinations like the Dreaming City and Tangled Shore, they’ll need to purchase Forsaken to access exclusive activities like raids and the Shattered Throne. The same is true of the Black Armory Forges, Penumbra’s Menagerie, and the new stuff in Shadowkeep. That said, New Light players will get access to all the Strikes, Gambit maps, and Crucible maps, and they’ll get a Power boost so they can dive in immediately, meaning there’ll still be a lot of content available.