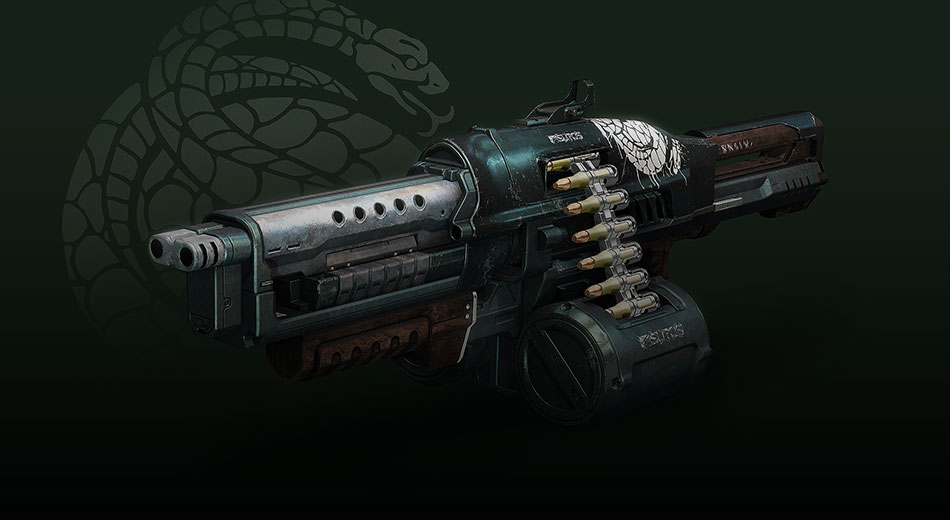 21% Delirium is Arc Damage and it is the Gambit p weapon, and I’m sure it will be the most popular of the three. First, players love Heavy Machine Guns. Secondly, it’s unique perk states that kills increase damage until you stow or reload the weapon. Imagine invading with this gun in Gambit. Each Guardian you take down buffs the damage you do to the next one. This thing is built for squad wipes and would carry over nicely to the Crucible playlist.

It’s unclear how interactions with Lunafaction Boots and Titan Barricades will affect this weapon, since they refill the magazine over time, rather than requiring a reload.

The previous Gambit pinnacle weapon asked players to play a large number of Gambit matches, and get kills with that type of weapon. Bungie hasn’t said how you’ll get 21% Delirium yet.

21% Delirium’s unique perk is “Killing Tally: Kills increase this weapon’s damage until it is stowed or reloaded.” This will be our first Rapid-Fire Machine Gun for Destiny 2.With the reintroduction of bullet-hose-style Machine Guns, we figured a perk that played with their large magazine sizes and dealing with waves of enemies would be appropriate. Unlike the other two weapons, this one also has one of the new weapon perks we’re introducing in Season of the Drifter ,” to kick the magazine size out even further for true spray pray action. Assuming 21 Delirium has as much ammo as most heavy machine guns, players should be able to shred through enemies quickly.

DESTINY’S PATH FORWARD IN THE SEASON OF THE DRIFTER.